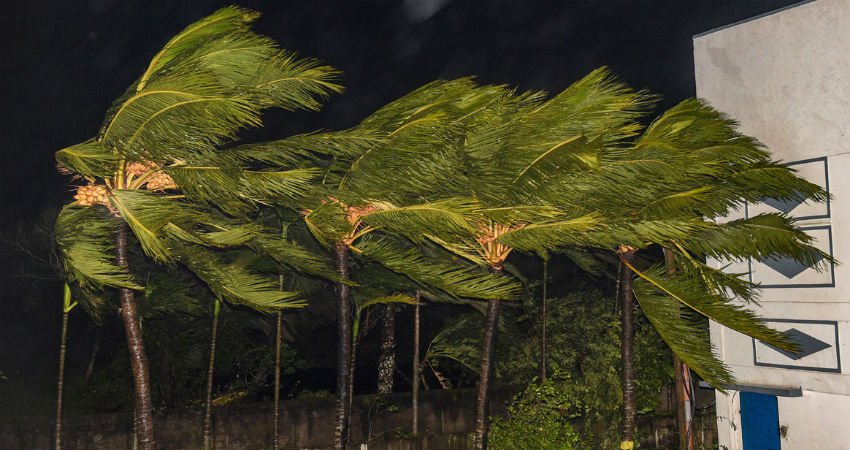 Severe Cyclone Bulbul finally made landfall over Indo-Bangladesh coast on Saturday night. The Severe Cyclonic Storm crossed the coast abeam Sagar Islands between 20:30 to 23:30 hrs IST of November 9. And at present, it is continuing to move in the northeast direction towards Bangladesh.

The storm had brought torrential rains accompanied by strong winds for the capital city of Kolkata in the past 24 hours. According to the latest data available, in the last two days, the city has received a whopping 104 mm of rain along with winds gusting up to 50-70 kmph.

Meanwhile, the coastal areas of West Bengal such as Digha, Howrah, Hooghly, 24 Parganas, Medinipur were witnessing winds in excess of 100 kmph during the time, the storm was tracking West Bengal.

The Cyclonic Storm has shown its devastating colors by claiming the life of a 28-year-old chef, who used to work with the Calcutta Cricket & Football Club in Ballygunge. The incident took place after a deodar tree branch crashed on him at the premises.

Not only West Bengal but the state of Odisha too had to bear the brunt of this storm. It has resulted in large scale damage in the form of uprooted trees, electric and telephone poles, crop damage in Jagatsinghpur, Kendrapada, Bhadrak, and Balasore districts of Odisha.