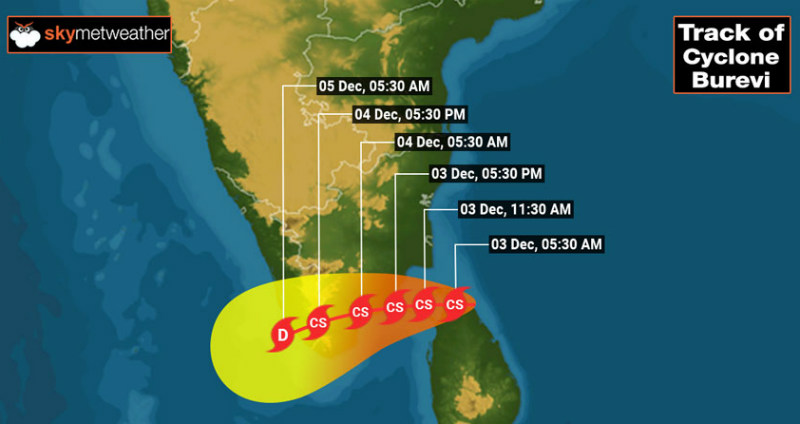 Cyclone Burevi is positioned now over Gulf of Mannar and is heading for Tamil Nadu coast. The storm moved nearly westward with a speed of 12kmph in the past 6 hours and is nearing the coastline of Tamil Nadu. The storm will reach very close to Tondi by today evening and thereafter shift along the coast slowly moving west-southwest. It is likely to make its 2nd landfall close to Pamban in the late night (03rd December) or wee hours of 04th December. 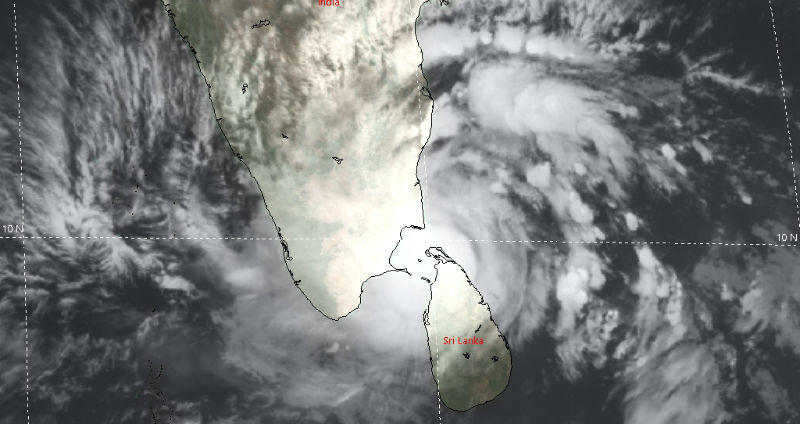 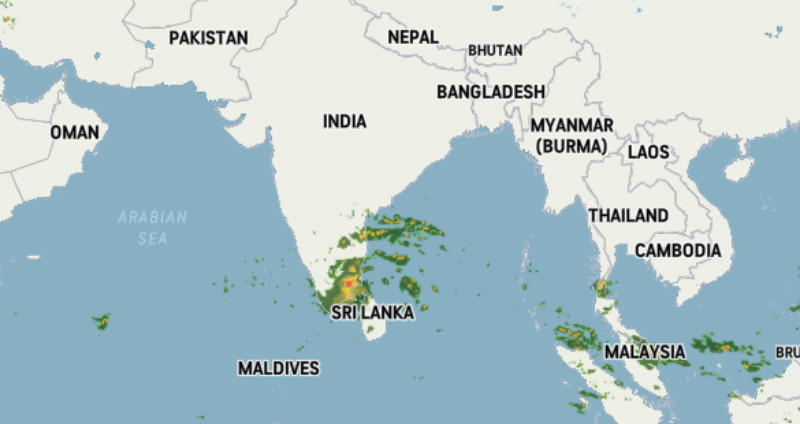 Intense weather is likely to continue over these parts on 5th December and relief is expected 6th December onward. The remnant of Burevi is likely to move over to Southeast Arabian sea on 6th December and move further westward away from the coastline in the subsequent 48 hours. Later this weather system may head for Somalia coast.