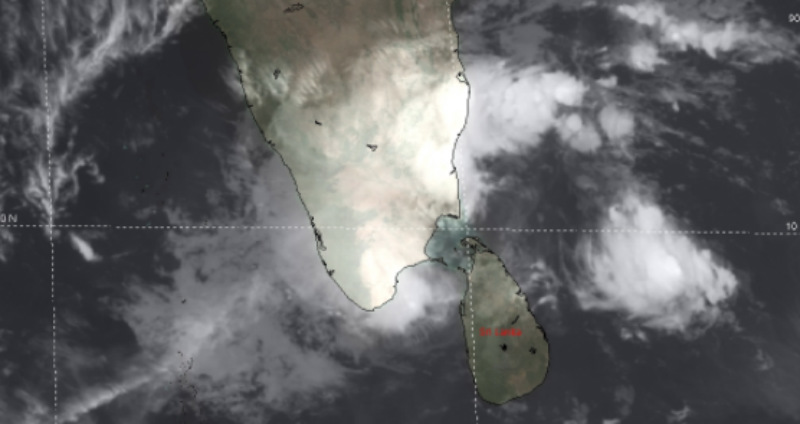 Cyclone Burevi weakened to deep depression while positioned over Gulf of Mannar on 03rd December evening. The storm tracked west-northwest to reach in the close proximity of Tamil Nadu coast on 04th December morning near Pamban. Thereafter the deep depression steered west-southwest and entered land moving across the district of Ramanathapuram. 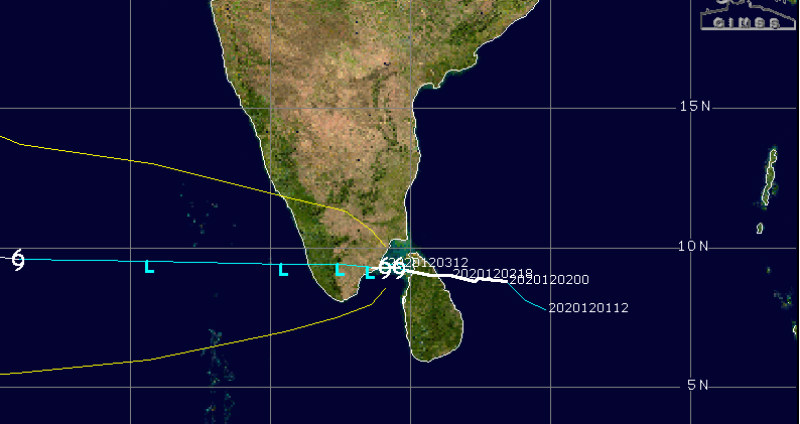 Possibly few oceanic and environmental factors negated the strength of cyclone Burevi before landfalling Tamil Nadu. The Gulf of Mannar is a very shallow Bay with depth less than 20 feet and therefore the heat potential reduced on 3rd December. The proximity of land on either side of the system resulted in friction and entrainment leading to its weakening. Also, the wind shear increased substantially to further mitigate the impact. But this was a blessing in disguise that the two southern states were spared the fierce fury of the storm.

Now the deep depression is likely to track west-southwest and weaken to a depression by 04th December evening while lying over interior parts of Tamil Nadu and Kerala. Heavy rainfall is likely over Thiruvananthapuram, Alappuzha, Punalur. Idukki, Kochi and Kottayam. North Tamil Nadu and South Coastal Andhra Pradesh also can expect scattered heavy rainfall in the next 24 hours. The remnant of storm Burevi is likely to emerge in the Arabian Sea and may intensify into a depression again. However, the strengthening of the system will be inconsequential for Indian Coast as it will track away towards Somalia.