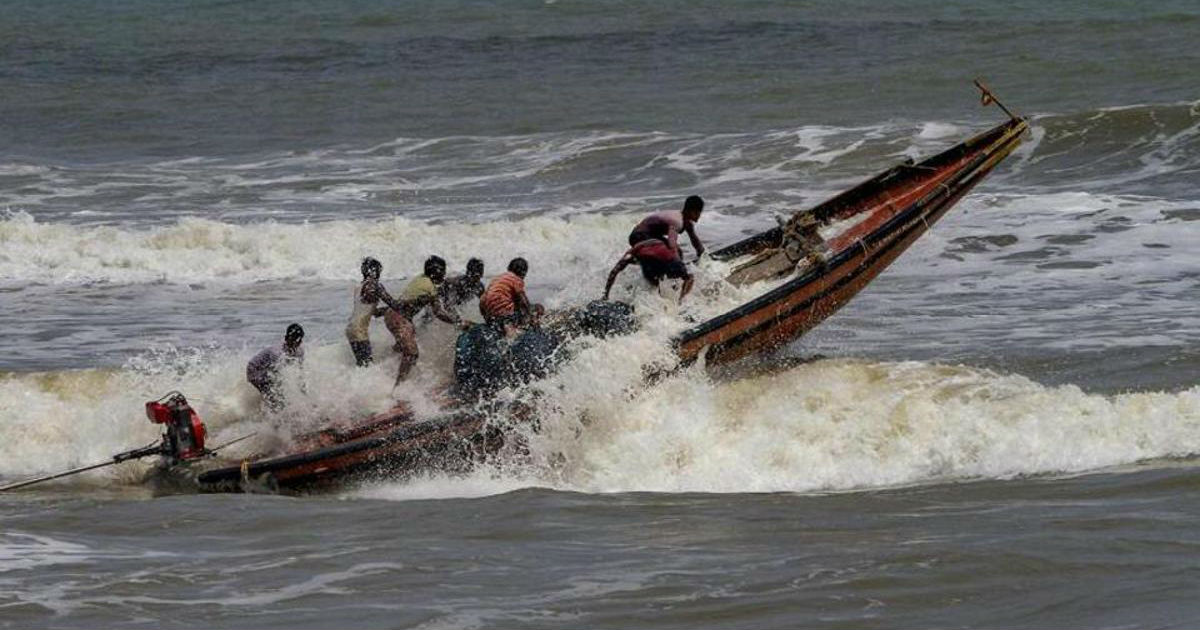 After battering Odisha coast with torrential rains and ferocious winds, the Cyclonic Storm Fani started weakening and moved to Gangetic West Bengal as cyclonic storm only.

Since Fani has been moving inland in east-northeast direction, it has been constantly loosing strength. It is now seen as a deep depression over Bangladesh and adjoining Gangetic West Bengal.

It is presently centered at latitude 23.6°N and longitude 88.8°E, about 20 km east-northeast of Krishnanagar (West Bengal).

From here on, Fani is very likely to track northeastwards and move completely over Bangladesh but as weakened depression during next few hours.

With this, rain intensity would now increase significantly over northeastern states today. In fact, Assam, Arunachal Pradesh and Meghalaya would come directly in the firing range of Fani, which would still have the power to give heavy to very heavy rains.

Rest of the northeastern states would also see moderate to heavy rains for the next 48 hours.

By May 6, Fani would be seen as a feeble system only and would also move away by that time. As a result, weather would started clearing up but one or two spells cannot be ruled out.