Cyclone Pawan, 8th of this year forms in Arabian Sea, to head towards Somalia, no threat to Indian mainland 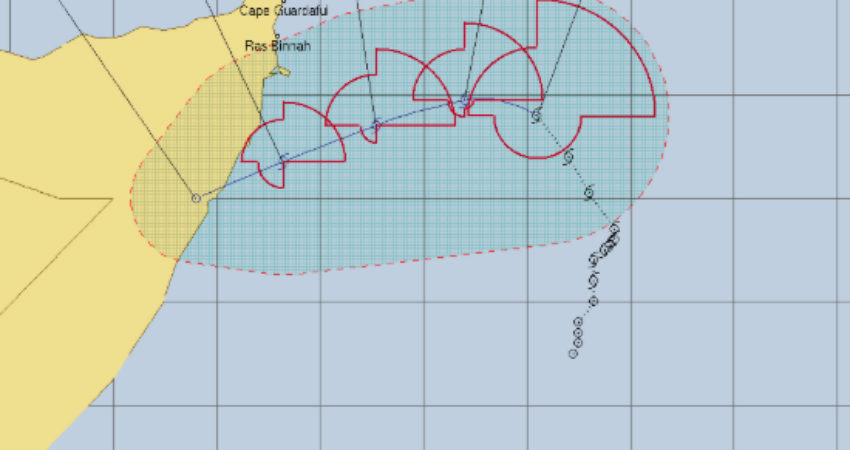 The record 8th cyclone in the Indian seas by the name of Pawan has finally formed in the Arabian Sea and is currently centred at Latitude 9.6 degrees North, and Longitude 56.2 degrees East, heading for Somalia. The system is about 300 km away from the coastline of Somalia and about 800 km south southeast of Salala.

The Cyclone is not expected to intensify further but will slowly lose strength in the next 48 hours. Pawan is expected to move westward during the next 12 hours, thereafter, dipping south and moving southward. Cyclone Pawan is expected to strike about 200 km north of capital city, Mogadishu. As the storm has moved far away from the Indian mainland, there are no chances of it getting affected by the storm at all.

The landfall of the storm will be around evening of December 7, which is over 48 hours from now. As soon as it makes landfall, it will very soon weaken into a low pressure area. Moreover, Pawan will strike Somalia coast as a weak tropical cyclone.

As of now, the storm will retain some strength because of vertical wind shear, which will remain favourable for some time, and after 21 hours become neutral and after that, become unfavourable.

The sea surface temperatures at present are just about favourable, at around 27-28 degrees and as it goes into cooler waters, it will soon become 26 degrees.

The storm as it strikes will result in heavy rains, and strong winds along the coast, and may even lead to some flash flooding in some areas. The effect will not be for a very long time as the storm will lose strength very soon, after it crosses coast on 7th evening.

With the 8th Cyclone formed this year in the Arabian Sea, the record of 8 cyclones in a year which was seen in the years 1976 and 1987 has been equaled.