Cyclone Phethai: Rains to continue in Northeast India for 24 hours 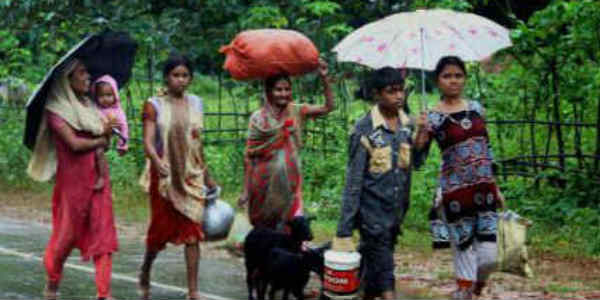 During the last 24 hours, rains have covered most of the districts of Northeast India as result of Cyclonic Storm Phethai making an appearance. Moderate fog was also observed over southern parts of the state such as Tripura, Manipur, Mizoram and Nagaland while light over Assam, Meghalaya and Arunachal Pradesh.

Moreover, minimums have marginally increased over Arunachal Pradesh and Upper Assam while these have further dropped over southern parts of the state by 3℃-5℃.

Talking about weather system, yesterday’s Cyclonic Storm Phethai has weakened and is presently lying as a Low Pressure Area over Coastal Odisha and adjoining Northwest Bay of Bengal. Further, a trough is extending from central parts of northeastern states to Andhra Pradesh across well marked Low Pressure area.

As a result of above system, moderate rains along with isolated heavy showers will continue over many districts of Arunachal Pradesh such as Anjaw, Changlang, Dibang Valley, East Kameng, East Siang, Kra Daadi, Kurung Kumey, Lohit, Siang, Tawang, Upper Siang, Upper Subansiri, West Kameng and West Siang for next 24 hours. Moreover, mainly overcast sky will prevail over the entire region.

Talking about the temperatures, day maximums will show a significant drop with setting winter chill over a few pockets.

However, by December 19, day temperatures will start observing a marginal rise while minimums will drip down.