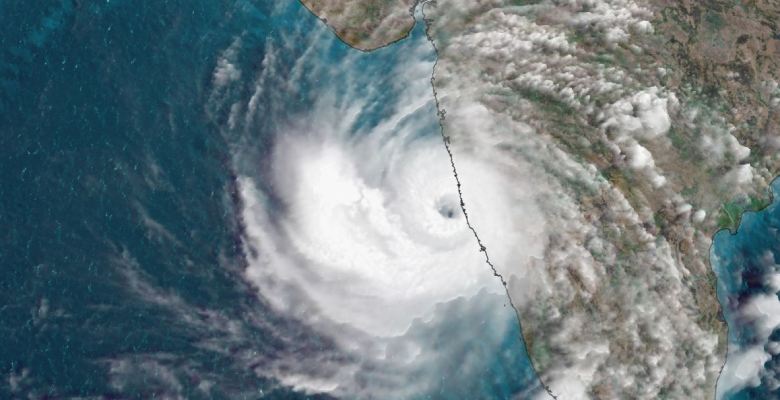 Cyclones are always very mischievous and are known for changing timelines, track and intensity. True to their reputation, cyclone Tauktae is proving to be one. At one point in time yesterday, it appeared as if it may skirt and skip the Gujarat coast. Thereafter the track showed a right bias and the assessment for the Severe Cyclonic Storm was to cross the Gujarat coast between Porbandar and Naliya.

The cyclone would have made rare but double landfall. After making landfall near Porbandar, the storm would have entered the Gulf of Kutch to reemerge for making a second strike close to Gandhidham. All that is history now as the latest model observations suggest landfall Mahuva and Porbandar and to be more precise, close to Diu. A swathe of 100km on either side of the anticipated strike always remains vulnerable.

Tauktae has intensified to a Very Severe Cyclonic Storm located Northwest of Goa which received very heavy rainfall of over 100mm yesterday with high-velocity winds gusting to 100kmh. The cyclone will keep on intensifying further, adding wind speed to the order of 160kmh. It has the potential to even strengthen further to an Extremely Severe Cyclonic Storm, albeit remaining on the borderline. The winds could exceed 170 kmh and gusting to 190kmh before reaching the coastline of Saurashtra on 18th May early morning. With this, the storm has cut short its sea travel and will prepone its landfall by nearly 6 hours or even more. The huge storm may lose a bit of steam before making landfall but remain a significant cyclone. Tauktae will spend more than 12 hours as a storm traveling across Saurashtra before weakening to a depression.