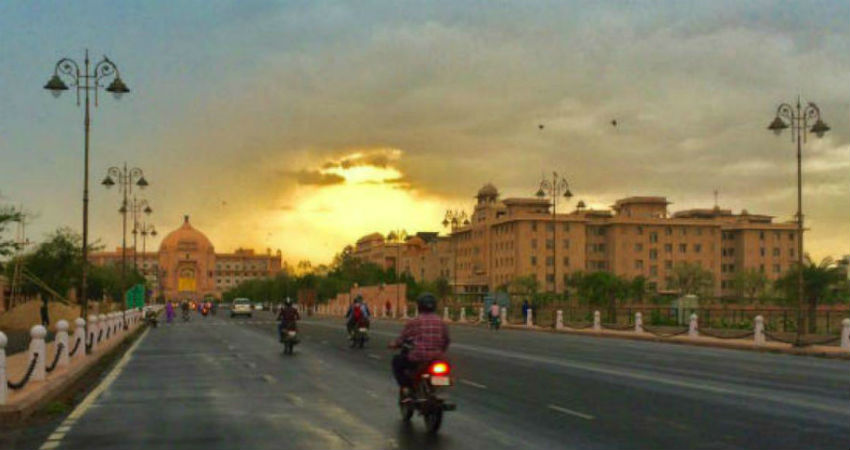 Cyclone Vayu has been making a breaking news for the last many days. The effect of this Cyclonic Storm is not over yet, as good rains are awaiting for the state of Rajasthan.

Pre Monsoon activities have re- appeared over the state of Rajasthan, wherein during the last 24 hours, Sri Ganganagar has received heavy rains, while light to moderate rain and thundershowers were recorded in many other parts. These activities were accompanied with dust storm.

According to the data available with Skymet, Sri Ganganagar has recorded 26 mm of rainfall, followed by Pilani 23 mm, Bundi 2 mm and Chittorgarh 1 mm of rainfall, during the last 24 hours from 8:30 am on Saturday.

Due to these showers, the state has observed a major relief from soaring temperatures. Until now, the temperatures were on a rising trend and many parts of the state were reeling under heat wave conditions.

The credit for these rains goes to the Western Disturbance which is over Jammu and Kashmir and its induced Cyclonic Circulation over Central Pakistan and adjoining North Rajasthan. Plus, humid winds from the Arabian Sea are increasing the moisture content.

As the systems are expected to persist for some more time, the entire state will experience rain and thundershower activities until June 19, with increased intensity.

In the wake of these pre- Monsoon activities, temperatures will subside and heat wave would also abate. Already, isolated places have observed a relief from heat wave conditions.

The good news is, as these activities are expected to continue for a long period of time, heat wave conditions would not re-appear anytime soon.

The major reason for upcoming rains can be attributed to the Cyclonic Storm Vayu. This system will re-curve and is expected to make a landfall near Naliya, most probably on Tuesday. Thus, rains will occur with increased intensity on June 17 and 18, wherein the southern districts such as Kota, Barmer, Jodhpur and Chittorgarh will experience good rains.

These activities will ease out the soaring the temperatures and make the nights comfortable. Thus, we can say that the state of Rajasthan is all ready to experience a good spell of rain and thundershower activities.