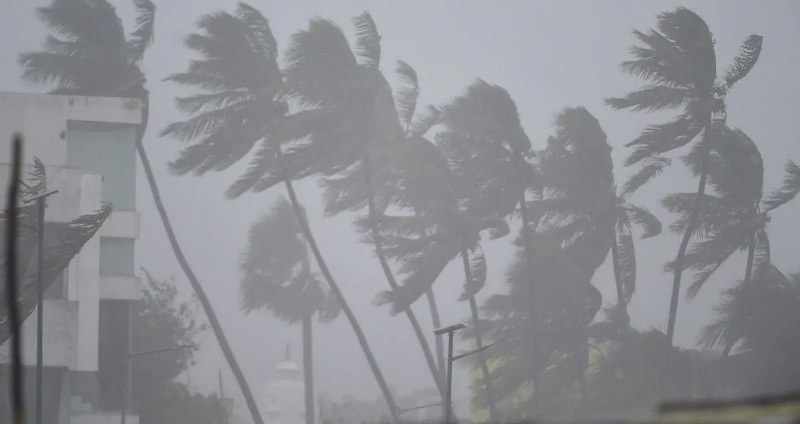 Cyclone Burevi, moving closer to the southern coasts of Tamil Nadu has weakened and became a deep depression last night, while has further weakened to a depression. During the time when this system made landfall on Pamban in Tamil Nadu, it was already a depression. This was the second landfall of the system, first was on Trincomalee in Sri Lanka on the morning of 3 December and caused havoc in many Sri Lankan cities. Also, heavy rains were recorded in many cities of southern and coastal Tamil Nadu.

As the system approached southern districts of Tamil Nadu, heavy to very heavy rains with gusty winds were observed in Nagapattinam, Pamban, Tondi, Tuticorin, Ramanathapuram, Thoothukodi, and Kanyakumari. In many interior districts, rain activities along with strong winds started from December 3 and will continue even today.

From today onwards, rain activities will increase in Kerala, as this system is gradually moving towards Kerala. Heavy to very heavy rains with gusty winds are expected in Trivandrum, Alappuzha, Punalur, Kochi, Idukki, and Kottayam, during the next 24 hours. Rain and stormy winds are expected to continue in these areas till 5 December, relief is expected from 6 December.

After the weakening of the cyclonic storm into a depression, the system will move into the Arabian Sea on December 6 and, and will move away from the shores of India in the western direction. Later this system will move towards Somalia.