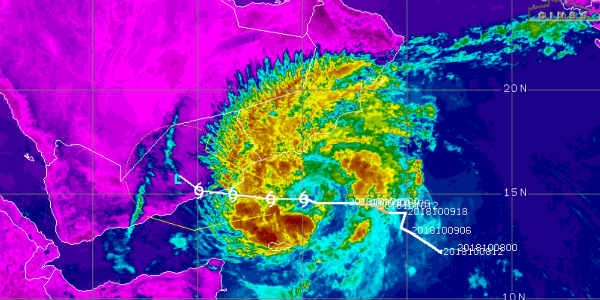 Further also, it is very likely to move west-northwestwards and cross Yemen Coast between Riyan (Mukalla) and Al-Ghaidah (Yemen), close to 15°N during noon/afternoon of October 14, 2018 as a severe cyclonic storm.

In fact, the sea conditions will be dangerous over West central Arabian Sea off South Oman and Yemen Coast and also over Gulf of Aden till October 14 evening and will improve rapidly thereafter.

The fishermen are advised not to venture into West central Arabian Sea off South Oman and Yemen coast and over Gulf of Aden till October 14.