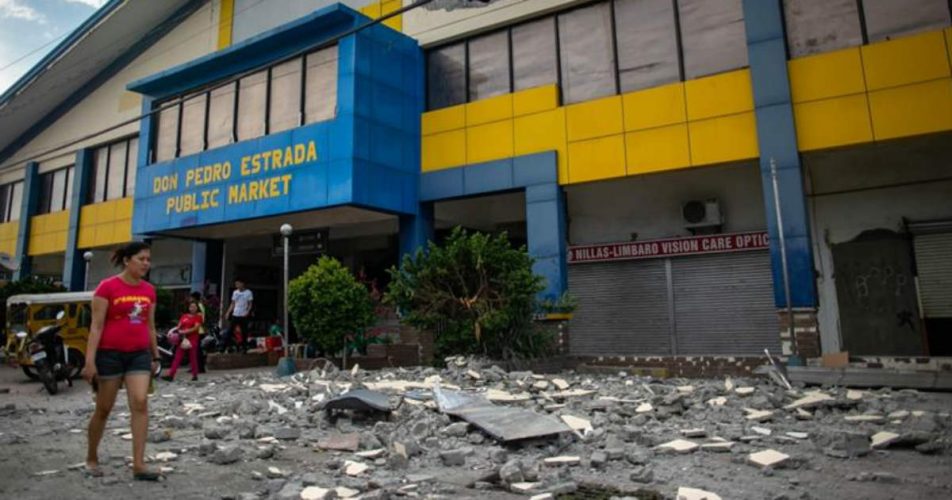 As a 6.4 magnitude earthquake hit the island of Mindanao, in South Philippines later this week, at least 5 people are being reported killed with more than 60 injured. The earthquake was reported on Wednesday at 11.37 GMT at magnitude-6.3 at a depth of 15 km.

Around 21:00 GMT on Wednesday, another magnitude 5.3 earthquake hit Davao Oriental province. The authorities denied the tremors to be associated with aftershocks.

The quake was followed by some 246 aftershocks, including two tremors above magnitude 5, according to the local media.
Most houses were totally destroyed in the city of Magsaysay. A shopping center reportedly caught fire shortly after the earthquake, in Davao del Sur.

Wednesday night's earthquake forced people to flee malls and buildings. Patients from hospitals were evacuated into the streets. Even a shopping mall was reported to have caught fire following the earthquake.

The Philippines sits on the so-called Pacific Ring of Fire, an area of great seismic and volcanic activity that is shaken by about 7,000 tremors a year, mostly moderate.

Looking back at the date, Philippines has already suffered several earthquakes of over magnitude-5 in the past one year.