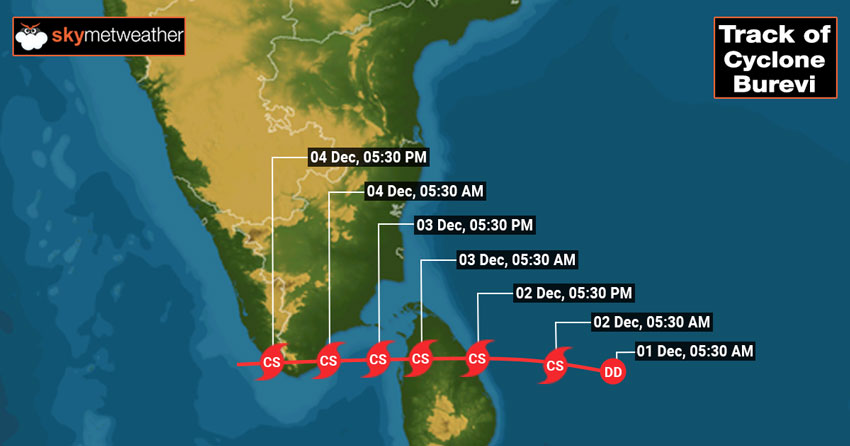 Soon after the onslaught of cyclone Nivar, another storm is making way towards South Tamil Nadu and Kerala. Deep Depression in the Bay of Bengal, presently located about 500km east-southeast of Trincomalee and 900km east-southeast of Kanyakumari is moving westward and intensifying. This weather system is likely to become a cyclonic storm anytime soon to make the first landfall near the port city Trincomalee of Sri Lanka tomorrow evening/night. 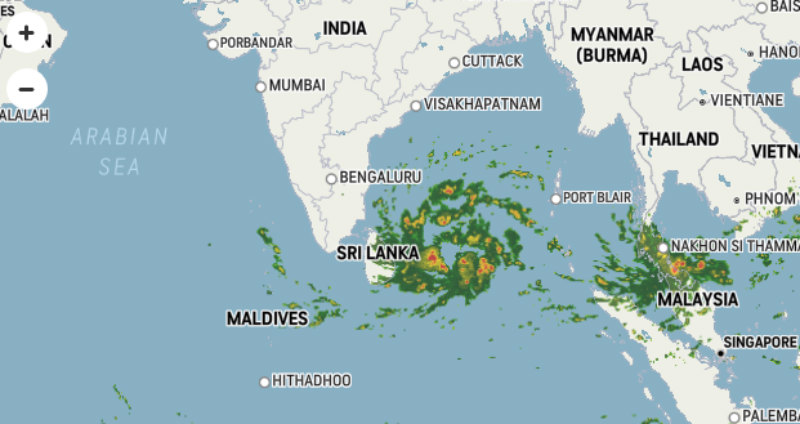 The cyclone will be 5th named storm, Burevi, in the Indian Seas this year and 3rd in the Bay of Bengal. The earlier systems being Amphan (Pre Monsoon) and Nivar (Post Monsoon) and 2 other storms Nisarga and Gati in the Arabian Sea. Cyclone Burevi could be followed by another cyclone threatening Tamil Nadu on 7th December or later. 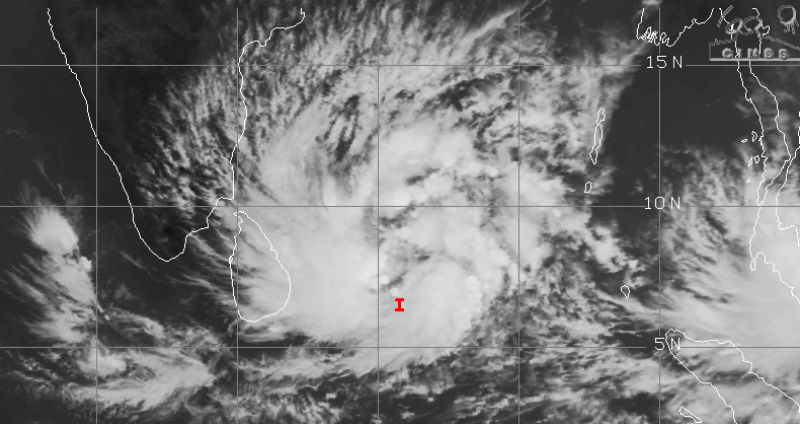 Cyclone Burevi is likely to make 2 landfalls, 1st over Sri Lanka on 2nd December evening/night and 2nd near Tuticorin (Tamil Nadu) in the wee hours of 04 December. The storm will cross over to Kerala the same evening and reemerge in the Arabian Sea later. Squally weather and very heavy rains are likely in the southern parts of Tamil Nadu and Kerala. Sivaganga, Thoothukundi, Tuticorin, Pamban, Ramanathapuram, Tirunelveli, and Kanyakumari face the risk of flooding, high-velocity winds and incessant rains. Thiruvananthapuram, Kollam, Alappuzha, Punalur, Kochi, Thrissur, Munnar, and Alleppey in Kerala will become the soft targets to face storm fury on 4th December.

The storm is going to disrupt communication and connectivity along with flooding and inundation. Rail, road and air traffic will be affected at places and outages are quite likely. Evacuation from the vulnerable areas is advisable and relief agencies need to prepare on war footing to meet the challenge.

Weather update and forecast for December 2 across India