Delhi, Chennai, Kolkata and Odisha all geared up weather-wise for Dussehra 2019 celebration 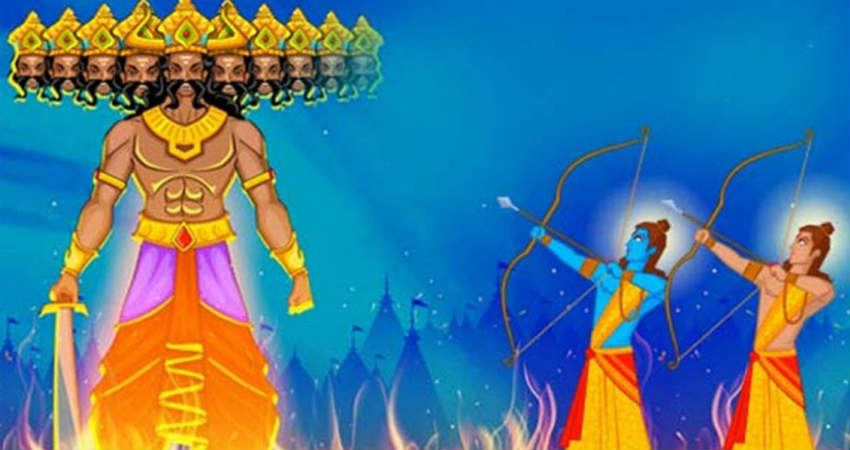 The festival Dussehra is celebrated as a symbol of victory of good over evil. In the eastern part of India and in the Bengali culture, Vijay Dashmi celebrates the victory of Goddess Durga over 'buffalo demon' Mahishasura whose demonic activities had disrupted the daily livelihoods of many on Earth.

Coming back to the weather, we all know that Monsoon withdrawal has been delayed this time. However, Monsoon is now in its withdrawal phase from the western and the northwestern parts of our country.

In wake of this, it is very likely that the northwestern plains of our country that is Punjab, Haryana, Delhi, most parts of Uttar Pradesh and Rajasthan will be dry on the day of Dussehra.

Similarly, once the rainiest pocket during the Monsoon season 2019, Madhya Pradesh will also reel under dry weather conditions only during Vijayadashmi.

If we talk about Nagpur, then chances of rain seem to be ruled out, yet cloudy sky will be a sight.

In the eastern parts of our country, where Dussehra and Durga Puja are celebrated with much enthusiasm and fervour over there the states are likely to witness thundershowers which can be accompanied by lightning strikes as well.

Dussehra morning has been a pleasant one with some mist/haze for the Delhiites. Further ahead as the day progresses, sunny sky with clear conditions is foreseen. Day temperature will be somewhere between 30-32°C with the night temperature dipping to 25°C. This is a good enough reason to celebrate your off outdoors with friends and family.

Delhi's air quality is likely to deteriorate slightly on Dussehra but will still remain in the 'good category. The situation this year is better than the same time last year.

Dussehra celebration has started in Chennai, Tamil Nadu. Now the city is preparing to conclude the ten-day festival on a high note. As the Southwest Monsoon prepares to bow out of the country, October marks the arrival of Retreating Monsoon for Tamil Nadu.

Skies have remained cloudy in Chennai owing to the weather instability induced by a trough across Telangana and south Karnataka. This system has been attracting substantial moisture from the Bay of Bengal, leading to rains and thunderstorms across many parts of southern India.

The chances of rain are much less in Chennai on Tuesday compared to other parts of south India. However, partly cloudy skies and scattered thunderstorms are forecast in the coastal city throughout this week. Forecasts suggest that some heavy spells of rainfall are possible in Tamil Nadu during the middle of this week.

The average relative humidity in Odisha during October is somewhere around 76%.

However, it seems like that the relative humidity of the State will hover high in the range of 85 -95 % till October 8 in the south interior districts, south and north coastal districts, except over some districts in north interior Odisha.

It is very likely that today the relative humidity in north interior districts like Sundergarh, Keonjhar, Sambalpur, Dhenkanal etc will see a big drop to around 60 %.

Odisha is very likely to witness thunderstorms today which may be accompanied by lightning showers as well.

Similar weather conditions will be prevalent in the city of joy, Kolkata.