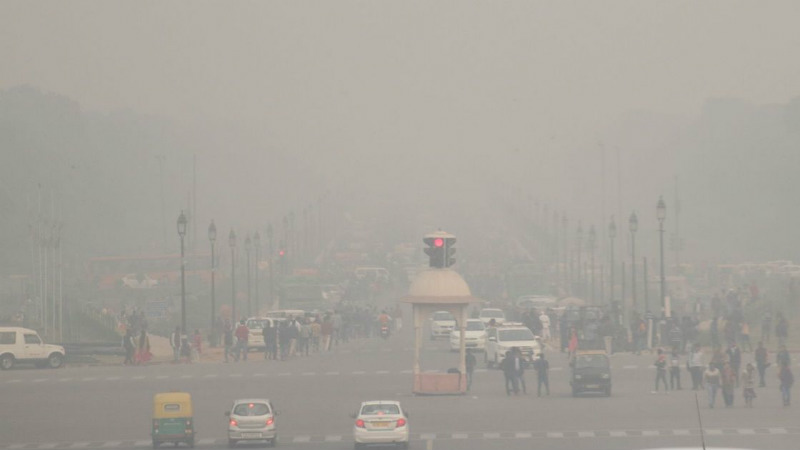 The national capital Delhi has recorded a minimum temperature of 10°C, the second time in this season. This temperature is about 5°C below the normal and amounts to cold wave condition gripping Delhi / NCR region, a repeat of last week when the base observatory Safdarjung had recorded 10°C on 03rd November. The visibility also dropped to about 200 metres with moderate fog in pockets of Delhi and nil wind conditions prevailed during morning hours.

A thick layer of air pollution as it prevailed in the morning generally restricts the drop in temperatures. It blocks the escape of radiations responsible for the dip in the temperature. Despite unfavourable environmental conditions, the prevalence of cold wave early in the season is quite unusual. Such a situation also impedes dispersion of pollutants and they hang around in the lower levels for extended durations.

These temperatures are likely to persist in Delhi for 48 hours and gradually change thereafter. A major change is expected around Diwali on 14th Nov wherein a rise of 4-5°C is expected with the reversal of winds. An active western disturbance will start affecting hills of north India from 12th Nov onward and the weather activity will spill over to the plains including Delhi NCR. Light rain and showers, the first of this season for Delhi, are expected between 15th & 16th November. These conditions are likely to bring a twist in weather and pollution levels.

Weather update and forecast for November 9 across India