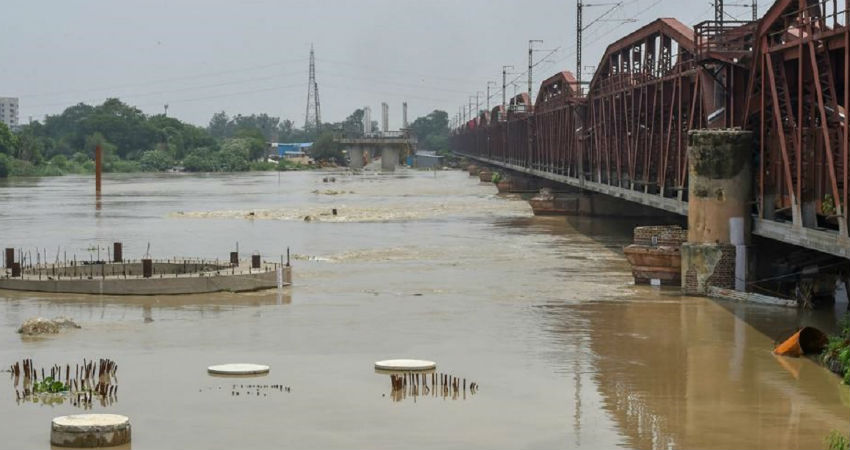 The Yamuna river in Delhi breached the danger mark on Monday evening. As a result, over 10,000 people residing in the low-lying areas alongside the river have been evacuated so far by the different government agencies.

Yamuna’s water level rose to 205.94 meters against the danger mark of 204.5 meters, i.e 1.44 meters above the danger level. And this level is further expected to rise as more and more water is likely to be discharged from the Hathnikund barrage in Haryana.

‘Over 23,800 residents need to be shifted from the low-lying areas as the situation is likely to worsen’, CM Kejriwal said.

According to the officials, 1.39 lakh cusec water was released on Monday. A steep rise would be seen in the water level of the Yamuna river on Tuesday.

The floodwaters have already entered the houses. Nigam Bodh cremation is all flooded, thus disrupting the last rites and posing an inconvenience.

Evacuation operations have been going on a large scale with people residing along the flood-affected region of the river being moved to approximately 2,000 tents by different government agencies.

Due to the flooding of the river, the Old Iron Bridge over the Yamuna has been kept closed. The next two days would see water levels rising to the next level, hence CM has requested to those residing alongside the flood plain of the river to not venture out to their homes and shift to nearby relief tents.

The government agencies have set up 2,120 temporary tents so far equipped with food, water, and other basic amenities. Around 30 boats have been deployed to prevent accidental drowning.