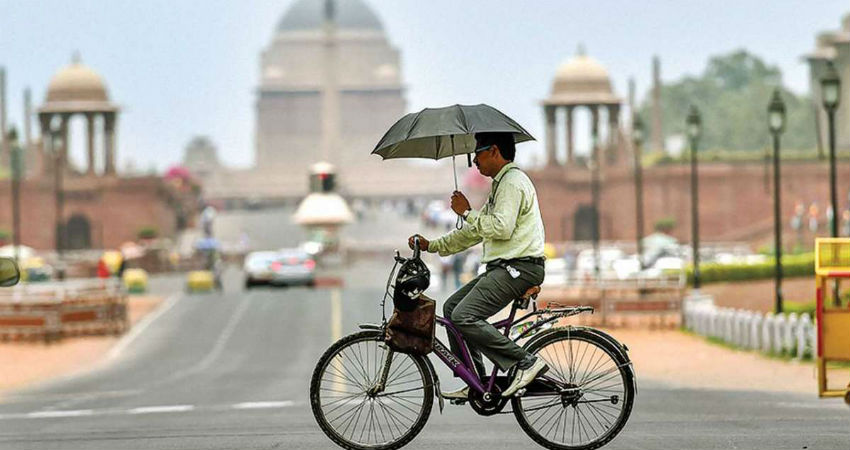 The earliest date in the last 10 years was 09 April 2010, when the temperature reached 40 degrees. The table gives an idea of these extreme temperatures for Delhi in April. 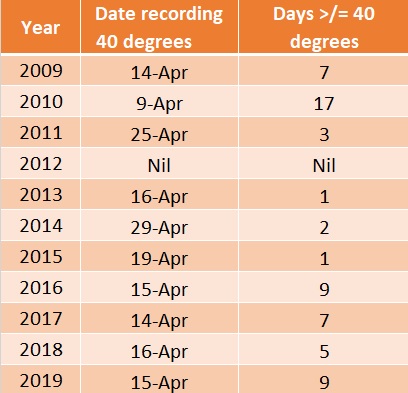 Due to the passage of frequent western disturbances this season, the temperature mostly remained below normal in March. The maximum temperature could touch 35 degrees mark only on 06 Apr. The highest temperature so far has touched 37.2 degrees on 12 Apr. The further rise in temperature is likely and possibly Delhi NCR would score 40 degrees in this week itself.