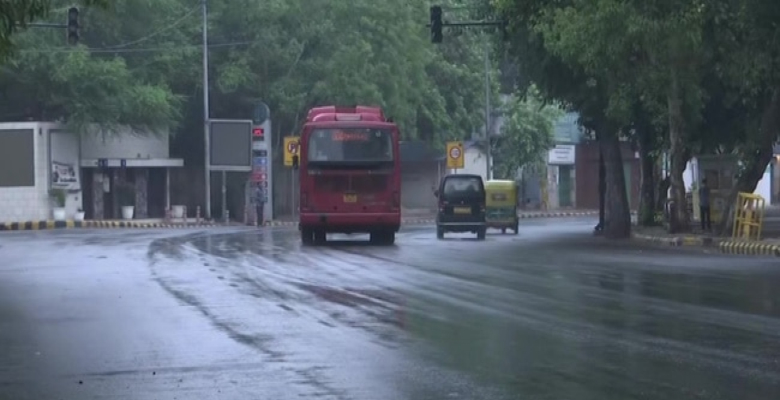 Southwest Monsoon was all set to reach Delhi on 15th June 2021 and the onset was stalled just before the event. Earlier monsoon had a speedy run over central and eastern parts of the country to arrive well before time. Monsoon stream was expected to sustain this momentum and barge into the national capital and suburbs by 15th June. Somehow the quick march of monsoon was halted suddenly, just short of Delhi. The northern limit of monsoon(NLM) is just a stone throw distance passing through Aligarh and Meerut. 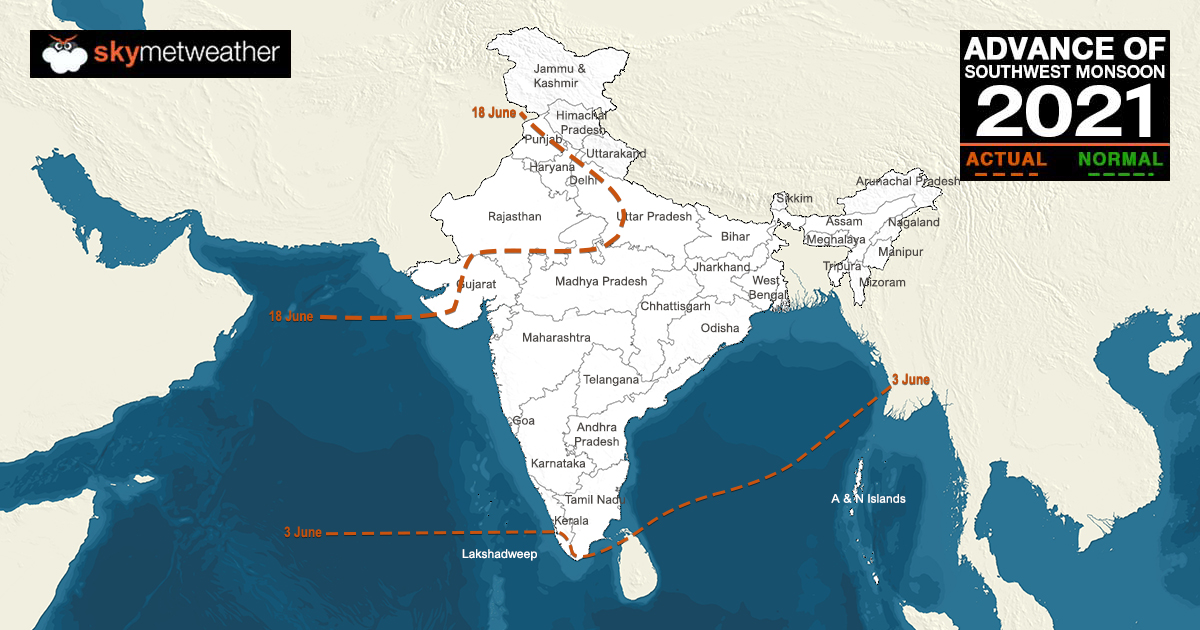 Such an early arrival over the national capital happened in 2008 and 2013 also. It was going to be a hat trick but missed just on the threshold. Delhi failed to join the club of outliers and possibly has slipped to the rival group of latecomers. In 2008, the monsoon arrived over mainland Kerala on 31st May and reached the national capital on 15th June. However, after tramping Delhi, the rapid march of monsoon was impeded, and had to wait till 10th July to reach the last post of Rajasthan. In 2013 also, after having a punctual arrival on 01st June over Kerala, monsoon made an early entry to Delhi on 16th June, albeit under disastrous conditions of Uttarakhand tragedy. It covered Delhi, Punjab, Haryana, Rajasthan, and the remaining parts of Uttar Pradesh, Madhya Pradesh, Kutch, and hilly states in one day, on 16th June. 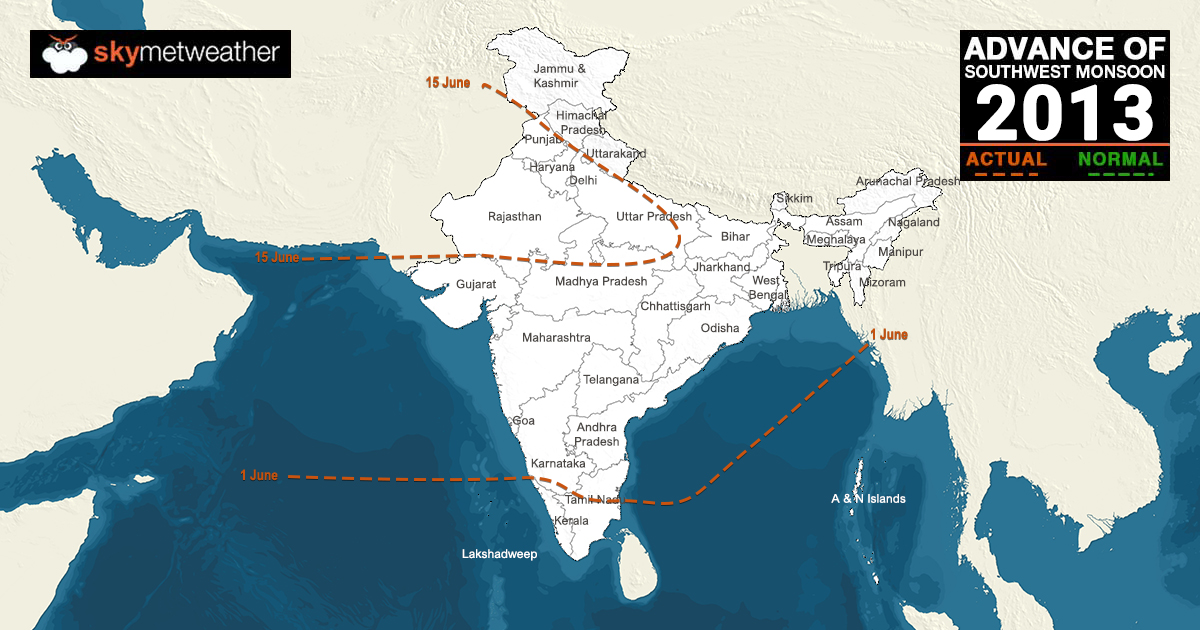 Monsoon season 2021 looks similar to 2008. After reaching the outskirts of Delhi, further progress of monsoon has been halted over the northern parts since 13th June. The slow movement was there to cover some more parts of Gujarat, Madhya Pradesh, and West Uttar Pradesh till 19th June. Thereafter, the line of monsoon is just stationary and has not budged at all. The environmental conditions do not seem to augur well for an immediate advancement in the next few days. 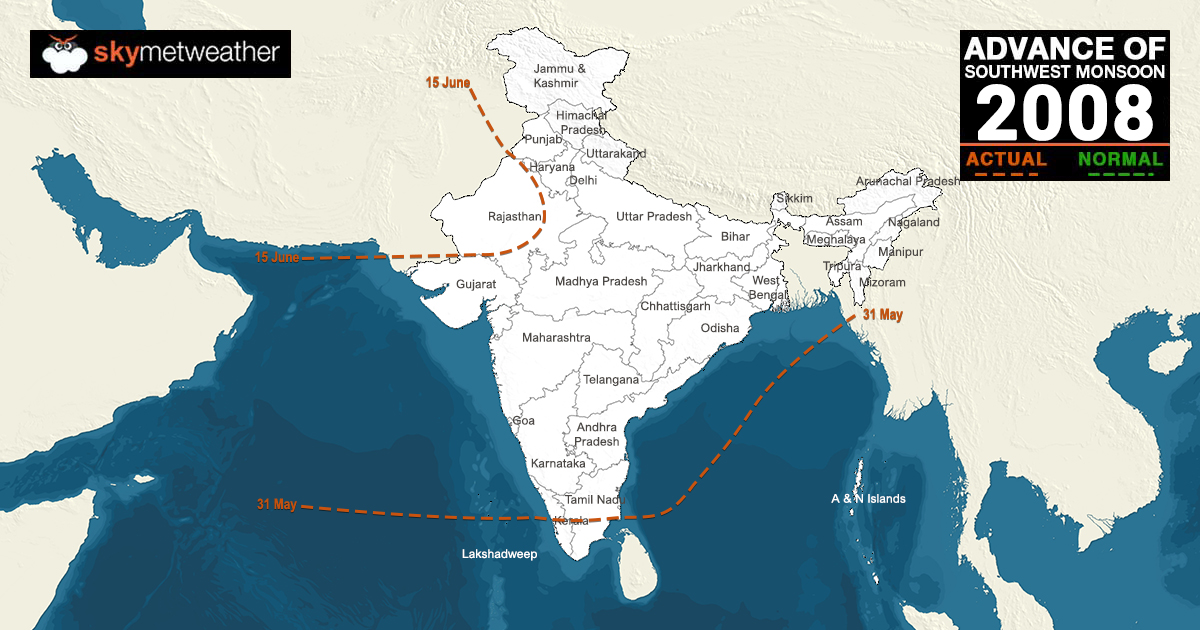 The normal date of arrival of monsoon over Delhi was 29th June till the year 2019 and the revised schedule has preponed the event by 2 days, which means 27th June. The onset of the monsoon will be delayed beyond the normal date and is not likely before 05th July 2021. In 2019 also, the monsoon arrived in Delhi on 05th July but the delay was attributed to cyclone Vayu. This year, only one monsoon low has formed so far which raced the monsoon current to cover 80% area in just about 10 days. A fresh impetus in the form of another weather system will be needed to carry the flag of monsoon to the national capital and remaining parts of the country.

Weather update and forecast for June 28 across India