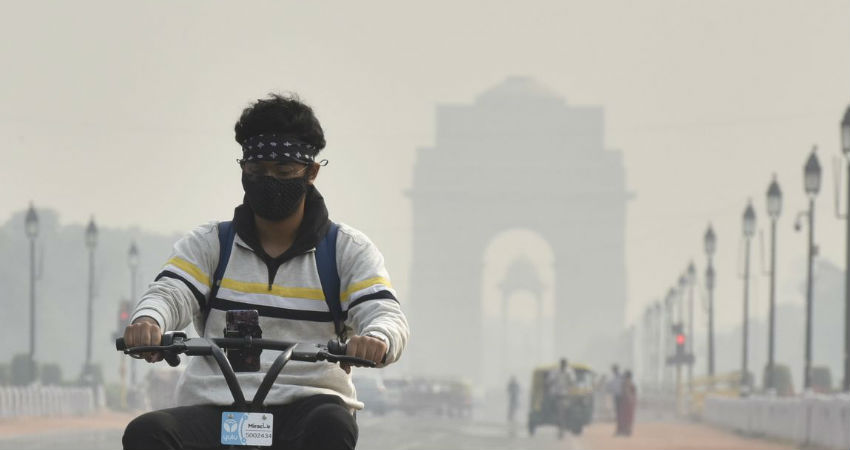 Due to strong winds, Delhi and its adjoining areas of Noida, Gurugram, Ghaziabad and Faridabad were observing ‘moderate’ category of pollution between February 12 and 15.

However, during the last 24 hours, the speed of wind has decreased significantly and pollution is once again on the rise. The overall AQI has crossed 300 and standing at 303 at present.

The air quality is ‘poor’ in a large part of the National Capital Territory while one or two pockets are even observing ‘very poor to severe’ air quality at present. While places like Pusa and Lodhi Road are still recording ‘moderate to poor’ category of pollution.

According to Skymet Weather, no improvement is expected in the air quality of Delhi and NCR as the weather is going to remain dry for another two days.

Thereafter, a fresh Western Disturbance is going to affect the Western Himalayas, most probably by February 19. The system is likely to induce a Cyclonic Circulation over Northwest Rajasthan owing to which scattered to patchy rain may occur in Delhi on the night of February 20. There are chances of light rain in Delhi on February 21 as well.

However, Delhi rains are not going to be widespread and hence no significant relief is likely. But, due to moderate to strong winds from east/southeast direction, some areas may see a marginal improvement in their air quality on February 20 and 21.

Trio of weather systems to bring in prolonged spell for Gujarat

Weather update and forecast for September 25 across India