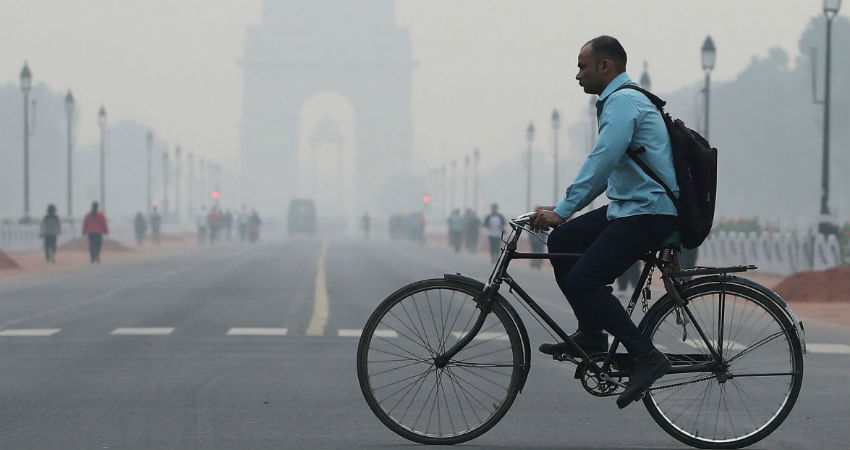 The people of Delhi were battling hazardous levels of pollution between November 11 to 15. However, as anticipated by Skymet Weather, soon after the passage of the Western Disturbance, winds from northwest direction picked up the pace, upgrading the AQI from ‘severe’ to ‘poor to very poor’ category.

A further improvement in the air quality was noticed on November 17, as AQI for most of the areas was recorded under ‘moderate to poor’ category, leaving only a few in ‘very poor’ category.

Today also, Delhiites woke up to much cleaner air as AQI in the major areas of Delhi and NCR was observed in ‘moderate’ category during morning hours. This clearly indicates that there has been a significant improvement in the air quality and the credit goes to the strong north-westerlies.

These winds have played a major role in the dispersion of the air pollutants, coming from the smoke of stubble burning from the adjoining states of Punjab and Haryana.

According to our meteorologists, AQI would settle in the ‘moderate’ category for a large portion of Delhi and NCR area for the next few days. The stronger winds would keep pushing away the pollutants and would not allow them to settle near the earth’s surface, at least for next two days.

Thereafter, another Western Disturbance would approach the Western Himalayas, most probably by November 21, which would once again restrict the flow of moderate winds. The moisture content would also increase by this time leading to an increase in the pollution levels. And AQI may enter into 'poor to very poor' category on November 21 and 22. However, this struggle would be short-lived as this Western Disturbance would be a fast-moving one and would not be able to hold the flow of winds for a longer period of time.