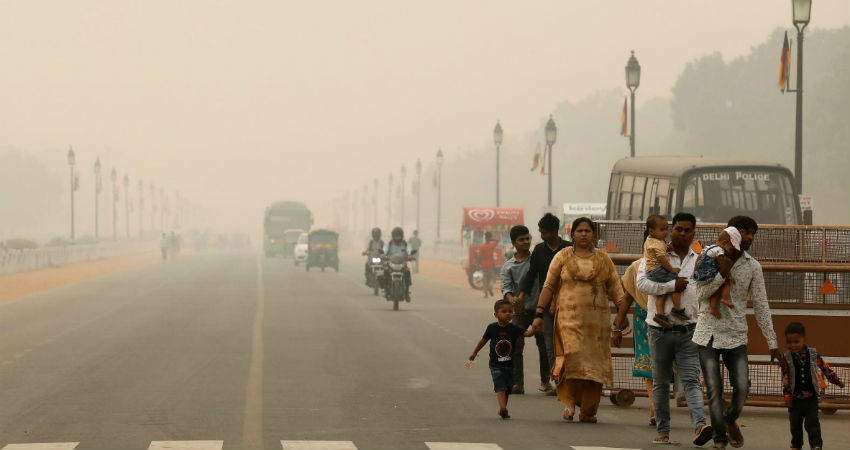 It was an apocalyptic day and night in Delhi and NCR on November 3 as a thick layer of smog and haze engulfed the capital city and adjoining areas. The Air Quality Index (AQI) during this time was in very severe to hazardous category.

The conditions remained grim until the morning of November 4. Soon after, the cloud cover disappeared and due to sunshine and moderate westerlies and northwesterly, the smog layer which persisted near the earth's surface had risen which led to the reduction of pollution levels. Then the AQI was in poor to very poor category. However, some pockets remained in the severe zone.

On November 5, some locations of Delhi and NCR witnessed pollution levels in the moderate zone. However, poor to very poor pollution level was still evident over rest locations.

As per our experts, the moderate northwesterly will continue to blow and the sky will remain clear until November 6. Hence, we don’t expect smog to make a reappearance. Along with this, rains are expected over many parts of Northwest India especially the intensity will be more over Punjab, Haryana, and Rajasthan while light patchy rain will be seen over Delhi and NCR.

With these upcoming rains, there is a probability that the pollutants will get washed away which will, in turn, lead to better and clean air.

We assume that the pollution levels this weekend will hover in moderate to poor category. The pollution level to a large extent is also dependant on the intensity of rain. If the rainfall is a widespread and a heavy one, then the pollutants will easily get washed away.

There is a fair chance that pollution levels will improve.

We would also like to bring to your notice that around November 7, due to a change in wind direction the wind speed may decrease for a short span and at that time a spike in pollution level is expected but it will be for a short duration only. The winds will once again pick up pace around November 8 which might help in the dispersion of the pollutants.