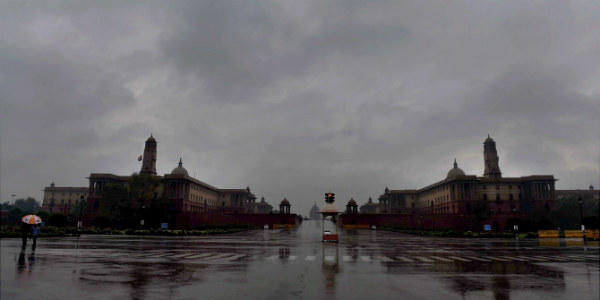 Delhi weather has not been as disappointing during the last few days. While the weather is hot over the national capital, on and off weather activity in the form of dust storms, thunderstorms, and rains have been keeping heatwave at bay from Delhi-NCR.

These weather conditions can be attributed to the back to back Western Disturbances over Western Himalayas due to which induced cyclonic circulations are being formed in the Northwest Plains.

At present a Western Disturbance is over the Jammu and Kashmir region. Its induced cyclonic circulation is presently over Northwest Rajasthan and adjoining Haryana, Punjab. Not only this, a trough is also extending from this system up to Uttar Pradesh across Delhi.

Due to the above-mentioned weather features over plains of North India, weather will remain partly cloudy to cloudy over the national capital and its adjoining NCR region during the next 24 to 36 hours. 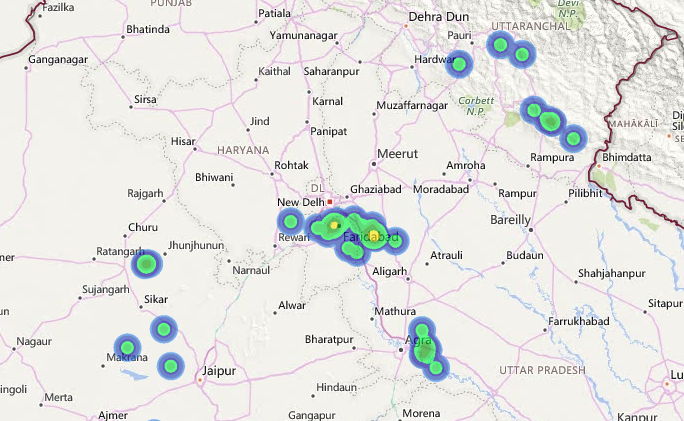 Scattered dust storm and thundershowers are likely over Delhi and the NCR region today during the late afternoon and evening hours.

The weather system will gradually move towards the east. However, isolated showers tomorrow cannot be ruled out over Delhi and the NCR region.

This year, Pre-Monsoon rains commenced late over Delhi-NCR late this year. However, now we expect on and off Pre-Monsoon activity to continue throughout the month of May. Therefore, heatwave conditions will remain at bay over the capital city and temperatures are expected remain close to the normal levels.