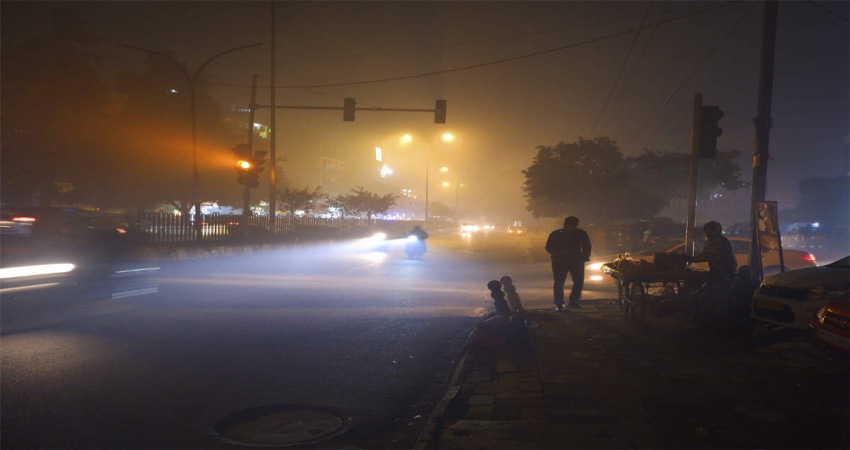 Delhiites have been shivering under cold weather conditions as the day temperatures remained significantly below normal by at least 5 degree Celsius. Until yesterday, the cold northwesterly winds were blowing across the northern plains including Delhi and NCR, which maintained the day temperature below normal.

However, mornings have been slightly better with minimums increasing and are above normal by 2 degree Celsius. According to weathermen, these cold winds have been replaced with humid southeasterly winds due to the passage of a Western Disturbance, which has resulted in rise in mercury.

But although the wind direction has changed to easterly and medium to high clouds could be seen approaching but, we do not expect any significant rains in Delhi and NCR.

Now, due to light winds, high humidity and low temperatures, dense fog is very likely to be observed in many parts of Delhi and NCR. This dense fog will persist until tomorrow. Also, Delhi pollution would once again increase across many parts.

By January 23, the Western Disturbance will move away and the wind direction will once again change to northwesterly along with increase in the speed.

Therefore, we expect the fog to disappear once again and the pollution level will also improve slightly as moderate to strong winds will be blowing across the region. Due to wind chill effect, the day temperatures will remain below normal.