Delhi wakes up to yet another smoggy morning, flight delays likely today as well 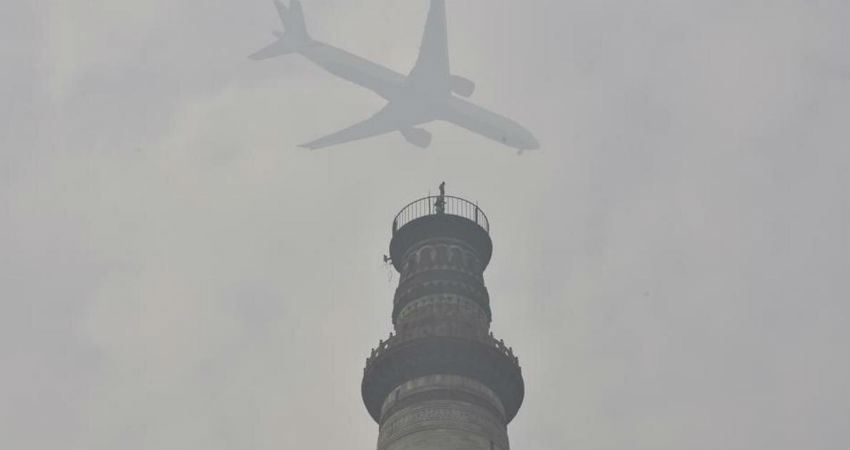 The people of Delhi woke up to a smoggy morning for the second consecutive day with general visibility dropping to 300 meters at 07:00 hours. The visibility over runway number 28 at IGI airport was 750 meters while over runway 29, it was 700 meters.

Due to a thick layer of smog, pollution levels are still in the ‘hazardous’ category in most places, while in ‘severe to very severe’ category in other places of Delhi and NCR area. Such weather conditions would continue throughout the day and thus there are chances of flight delays today as well.

According to Skymet Weather, winds in the National Capital Region will continue to be light. Thus, no improvement is likely from smoggy weather during the next 24 hours. The pace of northwesterly winds would improve to some extent by tomorrow, however, no significant relief is likely on November 16 as well.

The scenario would change November 17 onwards, wherein winds from the northwest direction would pick up a good pace and clear the air pollutants. This is possible only after the passage of Western Disturbance as its movement would resume the flow of moderate winds. These winds would allow the thick layer of smog to taper over the region and improve the visibility levels.