Delhi weather to remain hot, heatwave like conditions to prevail 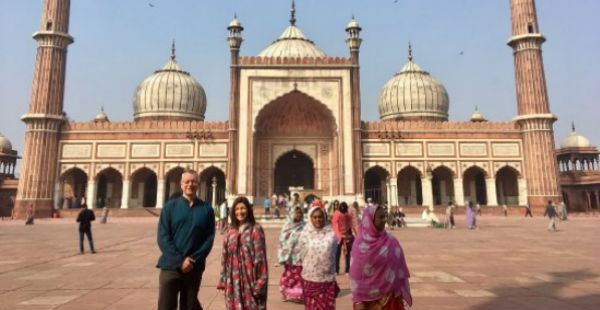 Delhi has witnessed extremely hot days since the past many days. Delhi rains made an appearance last on May 15. After that, Delhi and adjoining NCR have reeled under heatwave or heatwave like conditions. The temperatures touched 47°C also on a few occasions.

At present, moist and humid southeasterly winds are blowing over Delhi and NCR. Due to which, the humidity levels have increased. These winds have even resulted in the reduction of temperatures which has led to the abatement of heatwave from Delhi and NCR.

However, the temperatures are still high, crossing the 40°C mark. These high temperatures in combination with increased humidity levels have led to increased discomfort among the residents of the national capital. As per Skymet Weather, we do not expect any significant weather activity over Delhi and NCR in the coming days as the frequency of the Western Disturbances has reduced which induces cyclonic circulation in Northwest India.

The temperatures are likely to settle in the early to mid-40s. The sky conditions will also continue to remain clear with sunny sky conditions. Thus, no relief is expected from the scorching hot weather at least during the next three to four days.

Heatwave conditions are not expected to make a comeback, though heatwave like conditions would prevail. As per weathermen, the normal Monsoon onset date for Delhi is June 28. We expect pre-Monsoon activities to commence around June 15, which would continue for a few days. During that time, temperatures are also expected to drop giving some relief to residents.