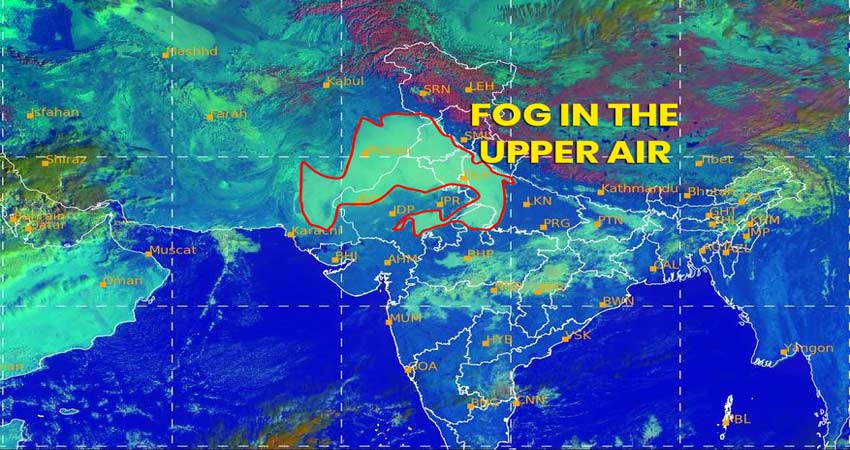 After the passage of Western Disturbance, northwesterly winds have set in over the Northwest Plains. These winds are chilly and dry in nature. In fact, wind speed has also picked up pace and at present, moderate winds are prevailing.

In the last 24 hours, dense fog has been observed at many places of Punjab, Haryana, North Rajasthan and moderate over Delhi and NCR.  The lowest visibility recorded for today at Indira Gandhi International Airport is 300 metres.

In meteorological term, this is a lifted fog floating in the air due to strong winds at ground levels. Hence, the fog could not settle on the surface. As per our experts, the lifted fog conditions are likely to prevail over Delhi-NCR until tomorrow and ground fog will remain in the moderate category as the winds are likely to strengthen further.

Though the minimum temperature is above normal over Delhi and NCR, the chilly effect is likely to continue over the region during the next 24 hours. The minimum temperature recorded on December 16, 2019, is 10.2 degrees which are two degrees above the normal. The pollution levels will be mainly moderate and poor at few pockets.

The maximums will drop further for the day and cold day type condition is likely at some pockets and maximums can be somewhere between 17-18 degrees.