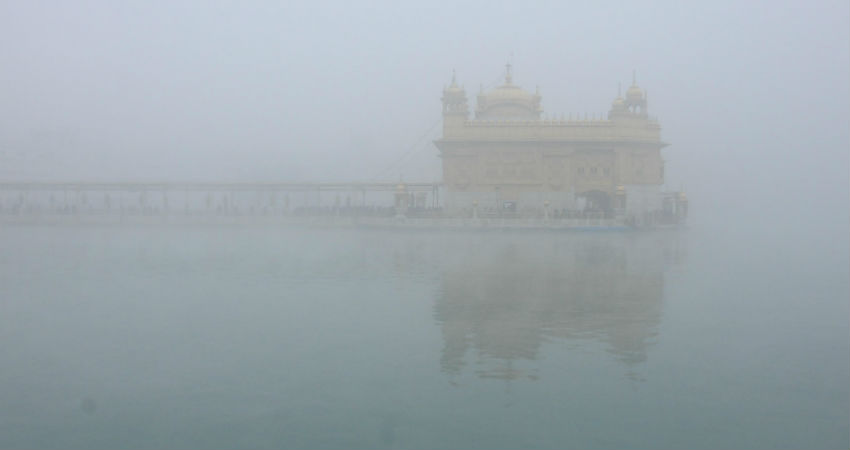 The passage of Western Disturbance has cleared the track for the flow of cold north/northwesterly winds over northwestern plains. In the wake of these winds, many parts of Northwest India including North Rajasthan, Punjab, Haryana as well as the northern hills observed dense fog yesterday.

Today also, the residents of Punjab, Rajasthan, West Haryana, Uttar Pradesh woke up to a foggy morning. Dense fog has resulted in poor visibility levels, dropping to zero in Amritsar and up to 100 meters in Churu, Chandigarh, Hisar, Jaisalmer and Agra. Meanwhile, the National Capital Territory of Delhi has recorded visibility between 250 and 300 meters during early morning hours today.

Due to cold north-westerlies, the temperatures too have been observing a continuous fall. A significant drop has been noticed in the minimums of Rajasthan, Haryana, Punjab as well as Delhi and NCR. Cold day conditions have gripped parts of North Rajasthan and extreme east of Punjab and adjoining Haryana.

The meteorologists at Skymet have predicted an improvement in the situation of ‘fog’ as the day progresses. However, the cold winds from northwest direction will continue to affect the region, resulting in cold day conditions over most parts today.