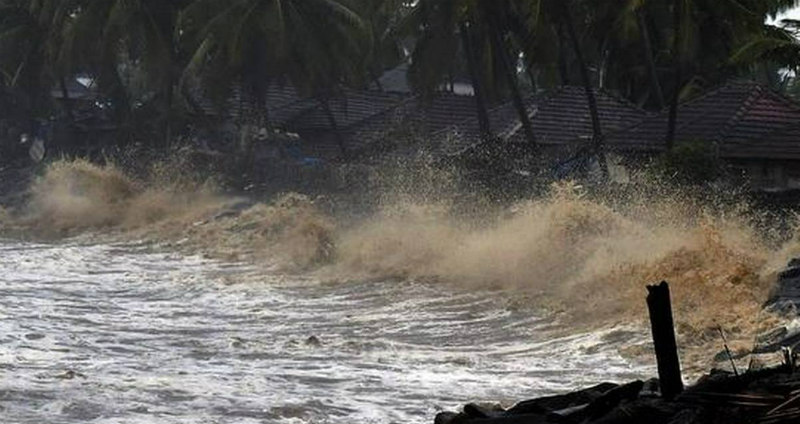 Depression is likely to form in the Bay of Bengal around the weekend and may intensify into a deep depression. The system is entering over the North Andaman Sea as cyclonic circulation from the Gulf of Thailand on 07th October. It will consolidate in the subsequent 48 hours to become a low-pressure area over the East Central Bay of Bengal. This weather system will intensify to depression or possibly deep depression and move towards Odisha- Andhra Pradesh coast.

There are series of the system moving across Thailand and Myanmar and entering the Bay of Bengal to reenergize in to ‘Low’ or ‘Depression’. The existing low-pressure area over Coastal Odisha and neighbourhood also had a similar history and indications are for another system after the ‘Depression’ waiting in the wings crosses Odisha-Andhra Pradesh coast around 13th October. In case of long sea travel, these systems have the potential to turn in to cyclonic storm which usually hit Odisha, Andhra Pradesh and West Bengal coast around this time of the year. An extremely severe cyclonic storm (ESCS) ‘PHAILIN’ hit Odisha coast near Gopalpur on 12th October 2013. This was the most intense tropical storm to hit Odisha after Odisha Cyclone of 1999. Another ESCS ‘HUDHUD’ hit Andhra Pradesh coast near Visakhapatnam on 12th October 2014.

With the commencement of monsoon withdrawal and likely change in the wind pattern, the Sea Surface Temperature will be on the rise and quite conducive for cyclogenesis over the Bay of Bengal. Also, the West Pacific seems to be active with Typhoon formation, the remnant of which stray into the Andaman Sea while moving across East Asian countries. The entire east coast becomes vulnerable to cyclone strike during the months of October, November, and December.