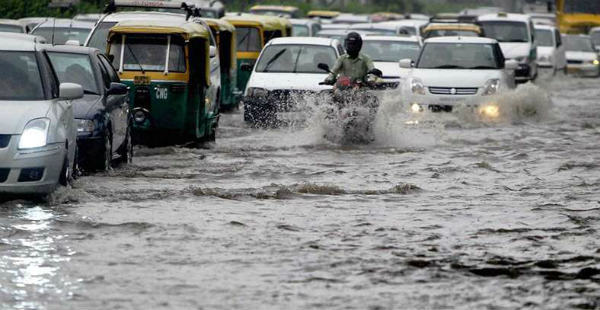 The first depression of the Southwest Monsoon season in the Bay of Bengal had formed during the onset phase over Northeast India.

Thereafter, a series of weak Monsoon systems moved across the central and west parts of the country. After a gap of almost 45 days, a depression has now formed in the Northwest Bay of Bengal off Odisha Coast. It is centered at 21°N and 88°E about 100 kms Southeast of Balasore.

As per weathermen at Skymet Weather, this system is expected to move slowly northwestwards and would cross Odisha Coast between Chandbali and Balasore by late evening or night today. This system would further travel inland towards South Chhattisgarh and adjoining state of Madhya Pradesh.

This weather system had already given widespread heavy to very heavy rainfall activity over many districts of Odisha where Puri recorded rain to the tune of 269 mm. In fact, it is a record rain for Puri in the last 10 years. Moreover, many districts of Chhattisgarh also witnessed hefty showers.

As per Weathermen, the system would give incessant rains in the regions which are south of the track of the system. Therefore, heavy to extremely heavy flooding rains are possible over Odisha, South Chhattisgarh, East Madhya Pradesh and Vidarbha region of Maharashtra during the next 24 to 48 hours.

In fact, many districts of Andhra Pradesh and Telangana are also expected to witness moderate to heavy spells during the next few hours as both these states also lie south of the track of the system.

The depression is in very close proximity to the coast, therefore it is not likely to intensify further and hence would move inland as a depression only.