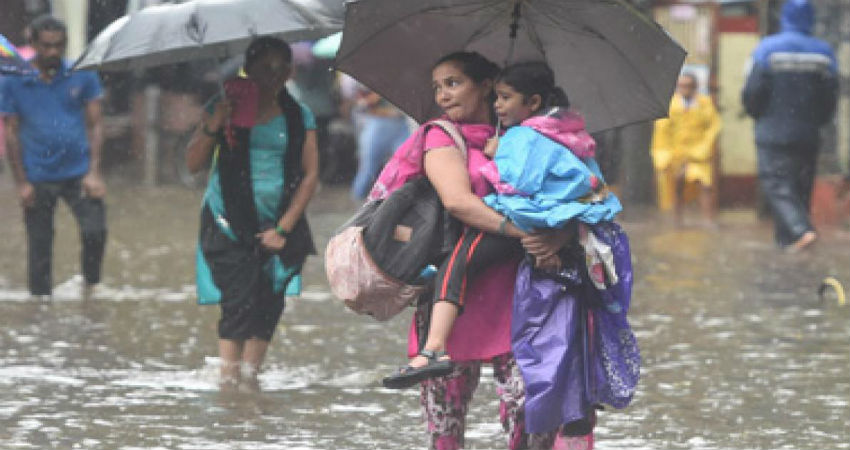 The Depression over northern parts of Gujarat region and adjoining southeast Rajasthan moved east-northeastwards with a speed of 24 kmph during past six hours and lay centered at 0530 hours of today, the October 1, 2019 near latitude 24.0°N and longitude 74.1°E over southeast Rajasthan and neighbourhood, about 70 km south-southeast of Udaipur (East Rajasthan), 180 km east-northeast of Ahmedabad (Gujarat) and 220 km west-northwest of Indore (West Madhya Pradesh). It is very likely to move east-northeastwards and weaken into a well-marked low-pressure area in a couple of hours.

Under the influence of the above system fairly widespread to widespread rainfall with isolated heavy to very heavy rain is likely over West Madhya Pradesh and southeast Rajasthan and isolated heavy rain over the North Gujarat region during the next 24 hours. Rainfall intensity and distribution are very likely to reduce significantly over the Gujarat region and southeast Rajasthan from tomorrow. Within 24 hours, the well-marked low-pressure area will subsequently weaken into a low-pressure area moving east-northeast.

Kutch sees an early withdrawal; however, this has not been the scenario this time. In the past five days that is from September 26 to September 30, Saurashtra and Kutch recorded 125 mm of rainfall against the normal of 6.6 mm while Gujarat saw 64 mm of rains against 13.3 mm.

According to records, Saurashtra and Kutch saw the heaviest spell on September 30. Looking at the figures the average rainfall for Kutch on September 30 is 1 mm and it recorded 56.4 mm which is 5538% more than the normal.

These rains were in wake of the Depression and since it has been a slow-moving system hanging around Gujarat and adjoining areas for quite long. Thus, this system gave intense weather activities over Saurashtra and Kutch.

Around October 4, the rain will even travel up to Uttar Pradesh and Bihar and will continue to see rains until October 6. These rains will be of moderate to heavy in nature. This tells us that a rainy week lies ahead for central and east India. This system will be traveling through and through west to east.

Though the Monsoon counter has stopped, for now, rainfall activities will continue. Here we would like to bring one thing to your notice that as the system weakens, it tends to slow down and the spread of the system becomes more.