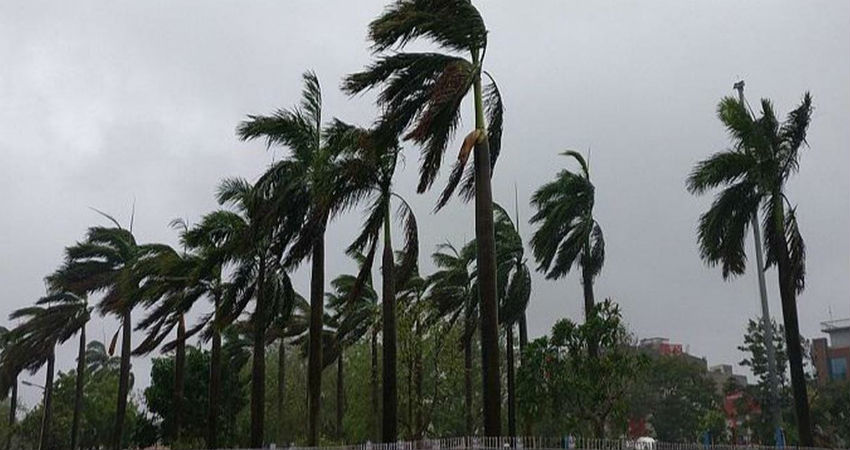 As predicted, the Depression over Southwest Arabian Sea has further intensified as a Deep Depression.The system continues to track west/northwestwards at a fast pace with a speed of 19 kmph. It is presently centered near latitude 10.3°N and longitude 60°E, about 710 km east-southeast of Socotra Island, Yemen and 1780 km west-northwest of Cochin, Kerala.

According to the meteorologists at Skymet Weather, sea conditions of low vertical wind shear and warm sea surface temperatures are favourable for the further intensification of this system. However, it is too early as to say whether this system would further intensify into a cyclone or not.

The deep depression would continue to move in west-northwest direction until today evening, but would later turn west-southwestwards towards Somalia.

The system is already churning well away from Indian coast at a distance of around 2000 km away. Hence, we do not expect any major weather activity over the Indian Mainland due to this development. However, the formation of back to back powerful systems in Arabian Sea, has resulted in subdued Northeast Monsoon conditions over South Peninsula. As per weathermen, these systems govern the wind pattern over the nearby region. In wake of this moist winds have been concentrating around the system leaving the south Indian region dry.

At present, Madden-Julian Oscillation (MJO) has entered in Phase 2 i.e. Southwest Indian Ocean, while the Indian Ocean Diapole (IOD) also continues to be positive. Due to prevalence of these two key oceanic parameters, sea surface temperatures are warmer than normal, resulting in back to back developments of strong weather systems.

The year, so far, has seen significant formations of the weather systems in the Arabian Sea. If the Deep Depression further intensifies into a cyclonic storm, then it would be the seventh Cyclone in the Arabian Sea in 2019. The sixth Cyclone 'Pawan' had already set the all-time record for highest number of developments in a single year. Well, it would also increase the total number of cyclone in Indian seas in 2019 to 10, which would be highest number of cyclones recorded in a year since 1975.