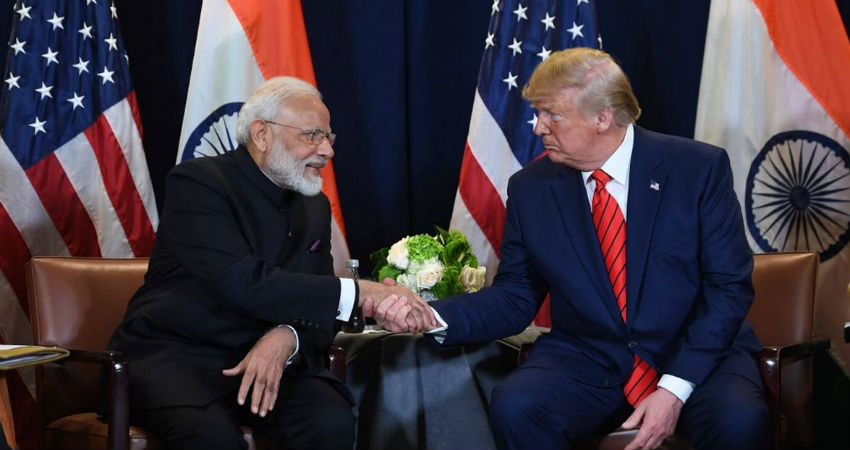 US President Donald Trump will begin his India Visit today. He is expected to land at Ahmedabad’s Sardar Vallabhbhai Patel International Airport at 11:40 am. After his arrival, he is going to address the ‘Namaste Trump’ event at Motera stadium at 1 pm, wherein Prime Minister Narendra Modi will be accompanying him. Post this event, the US President is scheduled to visit the Taj Mahal today.

February 25, that is on the second day, President Trump is scheduled to visit the National Capital Territory- Delhi.

Gujarat is a fair-weather pocket. No significant rain is seen during Winters. Pre-Monsoon for the state is also a silent one. The only concern is the rising temperature to uncomfortable levels. The Weather Gods, however, have been kind to keep the temperatures under check for the past two days.

The Western Disturbance over the northern parts of Jammu and Kashmir was responsible for dropping the temperatures across the northern plains. A similar weather scenario was noticed in parts of Gujarat as the weather of the state is greatly influenced by the weather in North India.

The US President will be heading to the Taj Mahal next. At present, it is a pleasant period for the city in view of the weather. Winter is almost over and days are pleasantly warm. At the time of his arrival in Agra, the weather is going to be pleasant, slightly on the cooler side. The sky conditions would be clear with the temperature around 17 to 18 degrees Celsius.

On February 25, President Trump is scheduled to visit Delhi. The weather conditions are expected to be similar to that of Agra. The day, however, would be slightly warm with the temperature around 26 degrees Celsius. A bright and sunny day is expected. On the other hand, the minimum would be in a comfortable range of 12 to 13 degrees Celsius.