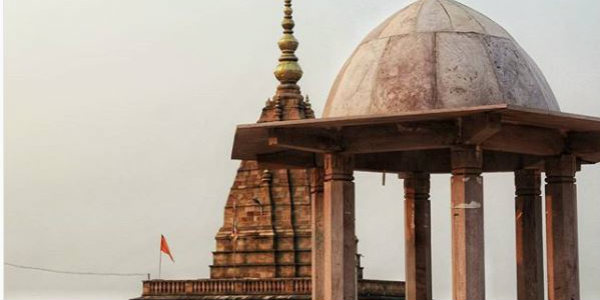 As predicted by Skymet Weather, rains finally took a break over Vidarbha and Marathwada and the weather of both the regions have now become dry. These rains were associated with the trough that was extending from Madhya Pradesh to Tamil Nadu across Vidarbha.

This resulted in isolated light rain and thundershowers activities over Vidarbha in the past day. However, except for a partly cloudy sky, the weather of Marathwada remained dry.

Due to these rainy spells, the day temperatures over many parts of Vidarbha and at a few places over Marathwada dropped marginally. Despite a drop, the temperatures still remained in higher 30’s. which was above normal average.

As per the weathermen at Skymet Weather, now the trough has become insignificant. That is why the weather would now go dry over Vidarbha and Marathwada that include cities like Nagpur, Akola, Buldhana, Yeotmal, Aurangabad, Jalna, Parbhani, Nanded etc. The sunshine hours would increase, and bright sunny days would take over the cloudy and partly cloudy skies.

In addition to this, a marginal rise in the day temperatures is also expected. Moreover, the minimums may also register a fall by 1-2 degrees Celsius as northerly winds would start blowing over these two regions.

Furthermore, the weather is now expected to remain dry for both the regions until month end.

At this juncture, let us take a look at the impact of this weather on the agricultural belt of Vidarbha and Marathwada:

As dry weather conditions are predicted, farmers are suggested to continue the harvesting of Rabi crops, along with Orange, Pomegranate and Mosambi crops. Also, farmers are advised to irrigate summer groundnut and Maize crops.