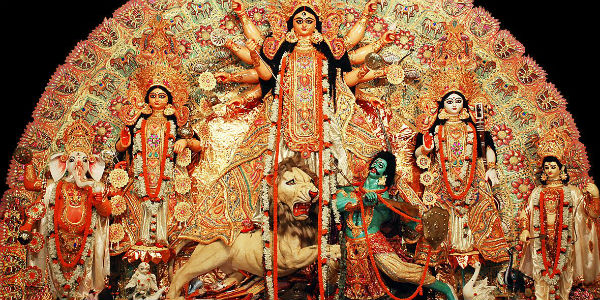 Monsoon have been active over the entire state of West Bengal during the last 24 hours. With this, several parts of the state including Kolkata have been witnessing light to the moderate rains. In fact, Kolkata has recorded moderate rains to the tune of 15 mm.

Due to the effect of these two weather systems, scattered rains are expected to continue in many parts of Gangetic West Bengal and a few parts of Sub-Himalayan West Bengal during the next 24 to 48 hours.

As per weathermen at Skymet Weather, the intensity of these rains is likely to remain light and highly localized. Although patchy rains and thundershowers will keep the weather pleasant over the entire state of West Bengal including Kolkata for the next two to three days.

Click here to check the Live Lightning and Thunderstorm status over West Bengal:

However, these rains will not cause much of a major hindrance to the residents of West Bengal including Kolkata during the festive rituals tomorrow. So we can say that Dussehra festival is likely to be celebrated amid pleasant weather conditions.

As on September 28, the sub-divisional rainfall distribution statistics show that Kolkata is rain surplus by 12% and West Bengal is rain deficient by 3%.