Dwarka, Porbandar, Bhuj, and Okha to see moderate rains with few intense spells in next 12 hours 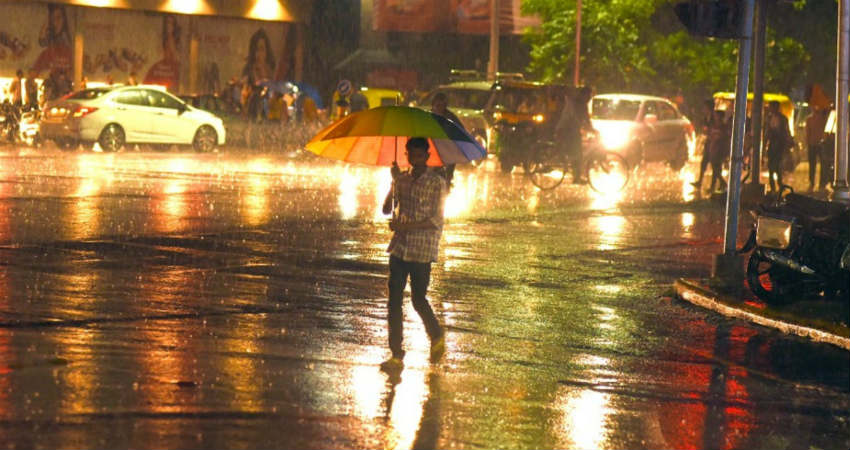 In the last 24 hours, heavy rains have been recorded and a day prior to this as well some good rains were recorded in the Gujarat region. Whereas heavy rains have slashed many parts of Saurashtra and Kutch with extremely heavy to heavy rains. Like the southern parts of Gujarat especially Valsad and Surat have recorded 110 mm, 46.6 mm of rains respectively.

While the central parts like Vadodara, Gandhinagar, and Ahmedabad have recorded moderate rainfall activities.

Naliya, a semi-arid area and the extreme westernmost point of our country has recorded 85 mm of rainfall. It is possibly the first good rainfall of this season over here in Naliya.

In the last 24 hours, Rajkot in Saurashtra has recorded extremely heavy rains of 216 mm, Okha 57 mm, and Porbandar 35 mm.

These rains were in wake of two Cyclonic Circulations one over South Rajasthan and adjoining areas and another over the central parts of Madhya Pradesh and adjoining areas. The combined effects of these two systems have increased the Monsoon surge leading to heavy rains.

For the coming twelve hours, moderate to heavy rains will be seen over Saurashtra and Kutch. Places like Jamnagar, Porbandar, Dwarka, Okha will be impacted. Also, clouds are still hanging around and Naliya and Bhuj are also likely to record moderate to heavy rains during the next 12 hours. Even after the easing out of such torrential rains, light to moderate rain activities will continue over the state. These rains will significantly help in pulling down the deficiency levels.

The state of Gujarat has been one of the least rainy pockets this Monsoon season wherein at present Saurashtra and Kutch is deficit by 55% and Gujarat region by 28%. Even after the arrival of Monsoon, the month of July had still been poor.

In the third week of July, the rain deficiency levels touched the mark of sixty-five percent in Saurashtra and Kutch while in the Gujarat region it was thirty percent. However, after light to moderate rains over both the pockets during the fourth week of July especially after July 22, the deficiency levels have come down.