Effect of Cyclone Vayu to give rain in Jabalpur, Mandla, Gwalior, Morena and Burhanpur 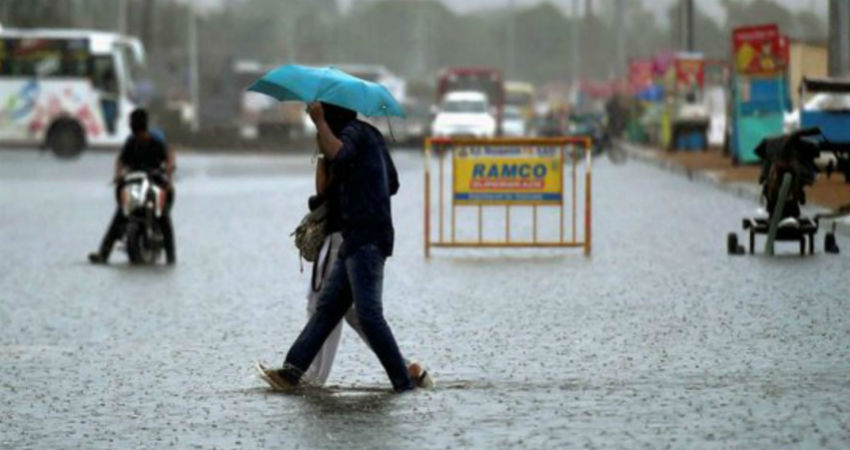 Madhya Pradesh has seen a major relief from dry and hot weather conditions during the last 24 hours, wherein, isolated places have recorded dust storm and thundershowers. These activities were accompanied with strong winds.

According to the data available with Skymet, Bhopal has recorded 5.7 mm of rainfall, followed by Ujjain 3 mm, Satna 2.6 mm and Jabalpur 1.2 mm, during the last 24 hours, from 8:30 am on Saturday.

On the contrary, dry and hot weather conditions continued in the scattered places of the state.

According to our meteorologists, it is the presence of Severe Cyclonic Storm Vayu over the Northeast Arabian Sea, which is giving rains in Madhya Pradesh. Due to this system, moist winds are blowing over the entire state, thus leading to rains.

As a result of these moist winds, clouding has increased over the state during the last 24 hours and due to increased cloud cover, the temperatures have significantly decreased, thus leading to abatement of heat wave conditions from many parts.

Moreover, another system is developing over the west central Bay of Bengal along Andhra Pradesh coast. This system is resulting in incursion of moisture from the Arabian Sea. Thus, scattered places will experience dust storm followed by rain and thundershowers during the next few days.

Places like, Jabalpur, Mandla, Gwalior, Morena, Burhanpur and Tikamgarh will experience light rain, dust storm and strong winds during next 24 to 48 hours.

Other places like Indore, Ujjain and Bhopal will remain dry with partly cloudy sky conditions and strong winds.

On the other hand, the northeastern parts of the state will remain untouched by these rains and continue to experience heat wave conditions. Places like Satna, Rewa and Panna would observe no relief from heat wave condition, during the next 24 hours.