After giving exceptional performance during the month of October, the onset month of Northeast Monsoon, rains have disappointed in November. The ongoing month is usually the top performer of the season in terms of rains, whose main beneficiary is Peninsular India.

October ended with whopping surplus rains to the tune of 54% for South Peninsula. With poor performance of rains, November consumed around 50% of its surplus that as on November 19 stands at 22% for the region.

El Niño: This deadly phenomenon is invariably linked with good rains during the Northeast Monsoon. Although not a rule, but statistics indicate the same. El Niño might have collapsed but weather models are once again indicating towards rise in its probability in the coming days. Present values indicate that most of the Pacific Ocean is warm with values above threshold, barring Nino 1+2 that is closer to the coast. However, it is most likely to remain neutral. 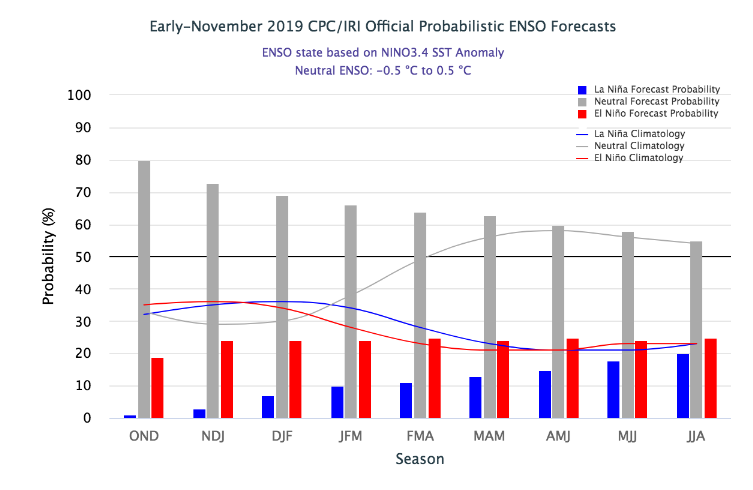 IOD: The IOD, which is linked with good rainfall over the Indian region, continues to be strong as well as positive. The latest value for IOD is 1.7 °C, which way too above the threshold value of 0.4 °C. In fact, majority of weather models are indicating towards the positive IOD index value in the coming months as well. 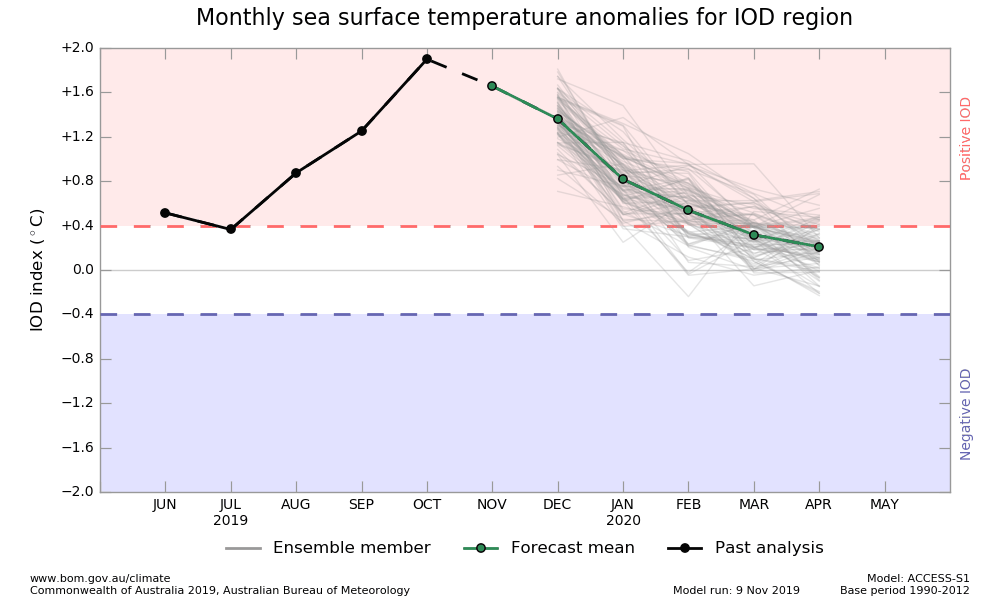 MJO: This transient feature is also likely to visit Indian Ocean very soon. Thus, it is likely to further enhance the rainfall over South Peninsular India in the coming days.