End of Cyclone Season for the Indian Seas 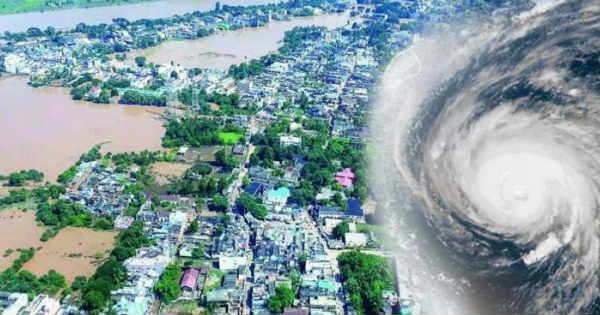 The Indian Seas have remained hot activity centres this year and as a result, cyclones have formed in almost all the seasons- pre-monsoon, monsoon and post-monsoon. Basically, the favorite period for cyclones to occur is pre-monsoon and post-monsoon. It is very important to have favorable sea conditions for the cyclones to take place. Like the Sea Surface Temperatures (SSTs) should be more than 26 degree Celsius for cyclones to form. The frequency of Cyclones has been more this year. The Cyclones were witnessed during Monsoon as well, which is not very common. Talking about Indian Seas, cyclones had formed both in Bay of Bengal and Arabian Sea. Also, the remnants of the cyclone formed in Pacific Ocean also moved further towards Bay of Bengal as a low-pressure area and regenerating further into a cyclone in Bay of Bengal. Like Pacific and Atlantic Oceans, the Indian Seas also have no official bounds for cyclones to form. But, the months of January, February and March generally don't see cyclones. This year we have recorded seven cyclones which also included severe cyclones as well. As per the experts, the tropical cyclones are more complex to predict in terms of intensity, track and landfall (location and time).

According to the models, a well-marked low-pressure area is to be seen in the Philippines Sea. It is likely to cross as a cyclonic storm over Philippines to South China Sea. This system will likely head towards Bay of Bengal across Vietnam, Laos, Thailand and Myanmar. As per Skymet Weather's Meteorologist, Mr. G.P. Sharma, and the models also indicate that the system will re-curve at Thailand and will move towards the higher altitudes towards China. There are chances that it might just weaken before approaching Bay of Bengal around January 4.

Therefore, this tells us that the system will not be good enough to strengthen and no threat is foreseen. Thus, we can conclude by saying that Cyclone Phethai announces the end of cyclone period.