Enhanced rainfall activities likely in Mumbai, Pune and Nashik on September 19 and 20 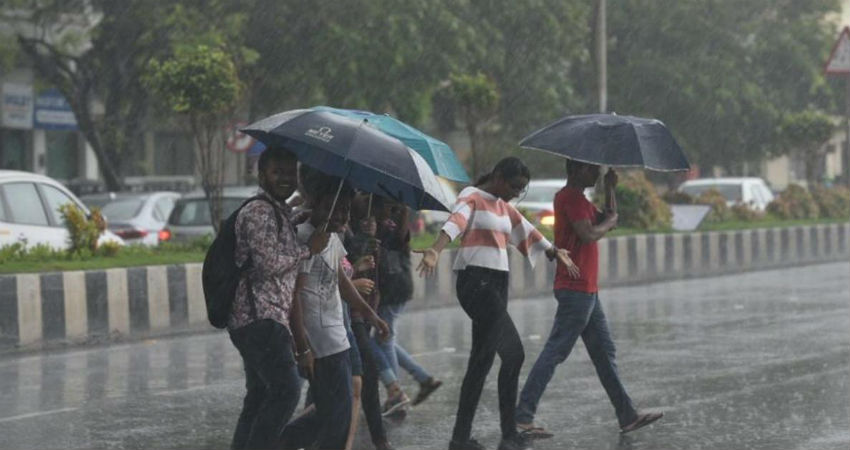 Monsoon rains are continuing with good intensity over Konkan and Goa and Vidarbha for the last many days now. Although there have been short breathers in between, rains have remained unstoppable over the region. A similar trend is likely to continue as another weather system would soon develop and bring enhanced rains for Mumbai, Pune, and Nashik on September 19 and 20.

During the last 24 hours, Vidarbha and Marathwada received light to moderate rains, while Konkan and Goa observed light to moderate showers with isolated heavy spells. Meanwhile, rains were mainly light over Madhya Maharashtra, but Mahabaleshwar managed to receive heavy rain and thundershowers.

Our meteorologists have predicted an increase in the rainfall activities over many parts of the state during the next two to three days, wherein Marathwada and Vidarbha may get to see a few good spells of rain for next 48 hours.

Further, a Cyclonic Circulation is likely to develop over North Madhya Maharashtra around September 18, extending up to 5.4 km above the mean sea level. This system would bring enhanced rains for Madhya Maharashtra and North Konkan and Goa including Mumbai, Pune, and Nashik on September 19 and 20. During that time, heavy spells of rain may lash these areas, thus leading to water-logging in the low-lying region. Parts of Marathwada too would observe good rainfall activities.

By September 21, the rainfall activities would decrease over Vidarbha but moderate showers may continue over Madhya Maharashtra, Konkan and Goa for some more time.

According to the rainfall data available with Skymet from June 1 to September 16, the divisions of Madhya Maharashtra and Konkan and Goa are excess with rains. Meanwhile, Vidarbha is rain surplus by 6%. Marathwada is still rain deficient under normal category by 19%, however, the upcoming rains may change this scenario and bring some significant rains for the region.