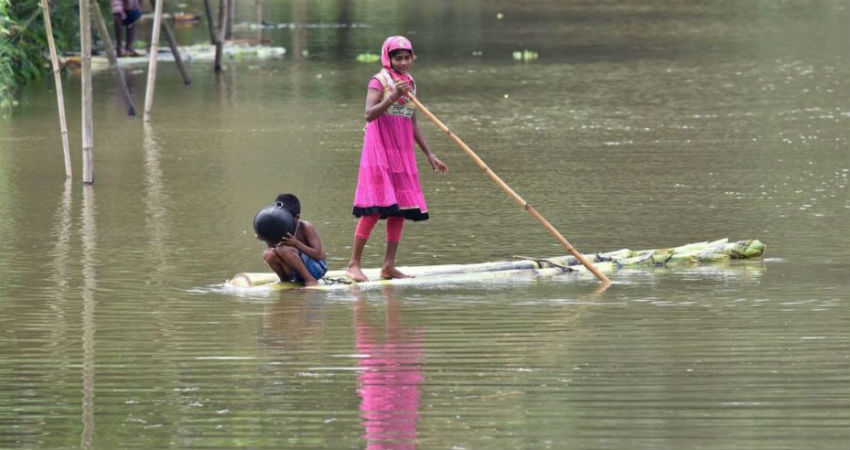 Extremely heavy rains have lashed the northeastern states in the last 24 hours. Sikkim, Assam, Arunachal Pradesh and Sub Himalayan West Bengal, in particular, have seen intense Monsoon rains.  Heavy rains have triggered a flood-like situation in parts of lower Assam. Neighbouring Bangladesh too has observed heavy downpour which has aggravated the flood situation in the country.

Meanwhile, light to moderate rains with one or two heavy spells have been witnessed in remaining parts of the northeastern states during the last 24 hours.

The reason for this heavy downpour can be attributed to the different weather systems in the vicinity of the region. At present, a Trough is extending from Bihar up to Nagaland. And strong humid winds from the Bay of Bengal are increasing moisture in the region. A Cyclonic Circulation is also lying over the western parts of Assam. The remnants of the Western Disturbance too have induced moisture in the entire region.

According to Skymet Weather, heavy rain is likely over the northeastern states, particularly in Assam and Meghalaya for another 48 hours. Thereafter, rainfall activity will start to weaken in the region as the Cyclonic Circulation will subsequently intensify into a Low-Pressure Area over the Northwest Bay of Bengal. Thus, moisture-laden winds will get diverted towards the weather system, resulting in reduced rains over Northeast India.

The reduce rainfall activity will bring a huge relief to the people of Assam staring at a flood-like situation. About 2 lakh people have already been affected by the overflowing Brahmaputra and the Barak rivers. Agriculture has also taken a hit in the region as overflowing rivers and heavy rain have damaged the standing crops in the region. However, relief is expected after 48 hours, as the intensity of rains will significantly decrease.

Heavy rains to continue lashing Kerala again for another 24 hours

Heavy rains to continue in parts of Karnataka