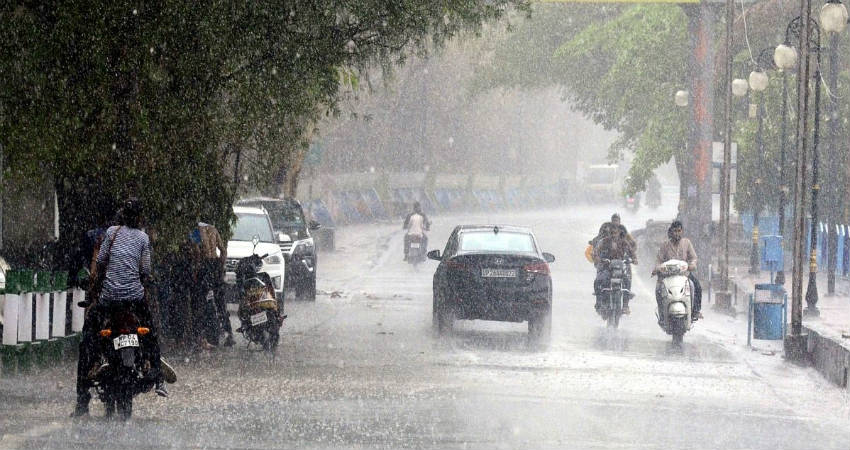 Konkan and Goa, Madhya Maharashtra and Marathwada have received fairly good rainfall during the last 48 hours. Moderate rains have also been recorded at many places and heavy rainfall at 1-2 places in coastal Odisha and Chhattisgarh. South Madhya Pradesh and southern Gujarat have received rain at some places.

Due to the depression from the Bay of Bengal, weather was active in parts of Central India and this system is moving in the western direction, has now crossed Maharashtra. The system is on the Middle East and North-East parts of the Arabian Sea and is activated as a zone of low pressure.

A trough is also extending from this system up to the Bay of Bengal through Central India due to which rains are likely to continue in the central region. However, rains will decrease over the next two-three days in South Central Maharashtra, South Konkan and Goa. But from today onwards, rain activity will increase in southern Chhattisgarh, southern Madhya Pradesh, southern parts of eastern Gujarat, Saurashtra, and southeastern Rajasthan.

Rain activities will gradually increase in the central and northern regions of Gujarat and Madhya Pradesh. Between 16 and 19 October, light to moderate and heavy rains are likely in many districts of Madhya Pradesh and Gujarat. However, there is no possibility of continuous torrential rain. In these parts, this rain can be called unseasonal rain as the monsoon usually returns by October 10 from most parts of Central India. There has been no progress in the withdrawal of monsoon since 6 October. Conditions are still not favourable for withdrawal of monsoon from Central and Eastern states.

Monsoon withdraws from Chhattisgarh, Maharashtra, and Gujarat by 15 October. Due to the active systems coming up one after another in the Bay of Bengal from the beginning of October, has delayed the withdrawal of monsoon in Central India.

The unseasonal rains in Odisha, Chhattisgarh, and Maharashtra have damaged crops. Now it is the turn of Gujarat and Madhya Pradesh, there is a possibility of damage to crops due to the unseasonal rain.