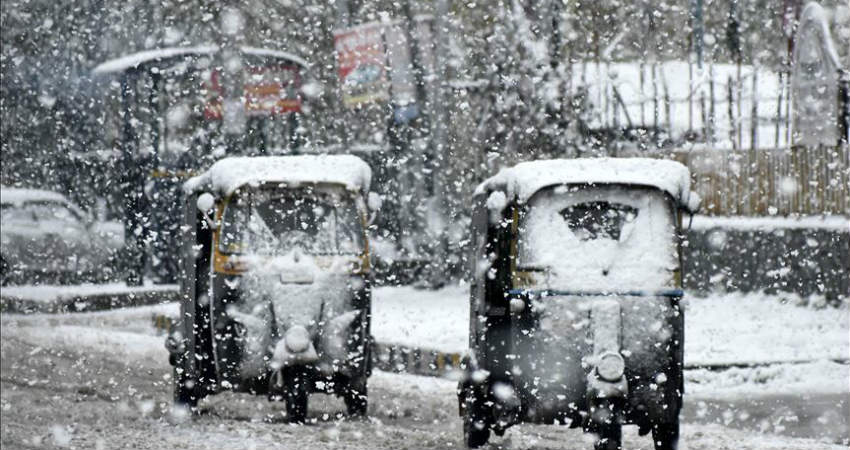 This January saw several Western Disturbances making their appearance over the Western Himalayas, and intense rain and snowfall was seen over the hilly regions in view of this.

In fact, until January 31, big surplus of rains was seen across the hills of North India wherein Jammu and Kashmir remained rain surplus at 52 percent, Himachal Pradesh at 38 percent. The biggest beneficiary in any case was the state of Uttarakhand which saw surplus rains at 217 percent.

Usually, the highest surplus is seen by Jammu and Kashmir, followed by Himachal Pradesh and the least amount is seen by Uttarakhand. However, this time, the situation has been different.

Talking about the month of February, normal are higher than January but actuals are far below. So much so, that it has consumed the surplus over Jammu and Kashmir, Himachal Pradesh taking them to big negative. Thus, until February 26, Jammu and Kashmir is at -29 percent while Himachal Pradesh is at -25 percent. Uttarakhand is at 77 percent surplus, which is only because the surplus in January was very high.

During the end of February, usually also, snowfall reduces, and it is the rains which are on the frontline. Now, just two days of the season are left including today and tomorrow. There is a Western Disturbance which is expected to give some weather activity during the next couple of days. Moreover, rains will be on the higher side over Jammu and Kashmir, followed by Himachal and Uttarakhand.

Now, sub zero temperatures will not make an appearance as snowfall will reduce and more rains will be seen. There is a possibility of more rainfall in March as well. The coming days are promising as another system will be seen on March 3, and the effect of this system will be a prolonged one.

Weather update and forecast for December 10 across India

No destruction from Cyclone Jawad but record breaking rain for Paradip

Churu records lowest minimum in plains this season, single digit minimums in many parts of Rajasthan

Cold Days Ahead For Delhi, Single Digit Temperature For Next One Week

No Heavy Rainfall During This Week, Mild Northeast Monsoon Prevail