First snow in Srinagar paves way for the arrival of Winters, all flights canceled 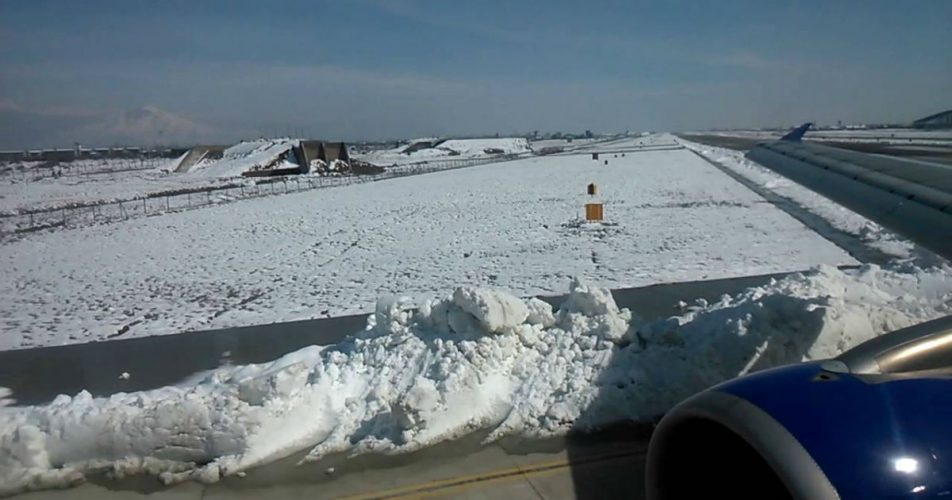 As had been forecast by Skymet, Srinagar witnessed its first snow of the season yesterday. The last 12 hours have seen heavy rains and snowfall in the region.

A 2.5 inch of heavy snow has been recorded in the area since morning that has led to complete closure of runway and no flights are being landed.

55 mm rains have been recorded in the last 24 hours over the region. This means that the monthly average of 24 mm rains for Srinagar has already been surpassed. More rains were recorded towards evening and night.

Not just Srinagar, other neighboring areas of Pahalgam, Avantipore, Gulmarg and Qazigund have also recorded snow. Thus, national highways are likely to be affected.

The reason for this snow is the effect of the first active Western Disturbance over Jammu and Kashmir and adjoining regions.

This intermittent rain and snow has dropped the temperatures over the region. At least a 10 degree drop in day temperatures has been recorded while night temperatures fell by a total of 6 degrees.

A clearance in temperatures will only come a day after.

The first snow in tourist attractions is always a matter of interest all over the country. Generally, places like Srinagar, Kullu, Manali, Nainital, Shimla and Mussoorie see a ‘white’ Christmas. It usually snows over these areas in December.

However, a change in the pattern of normal snowfall dates has been recorded in the recent past with an early snow recorded after a span of 9 years on November 3 last year in Srinagar. This time again it snowed early over here i.e. yesterday on November 6.

Also, normally the initial snowfall is rather very light. However, snowfall has been heavy last time as well as this time.