Heavy showers inundate Bihar, over 100 mm of rain recorded at some places 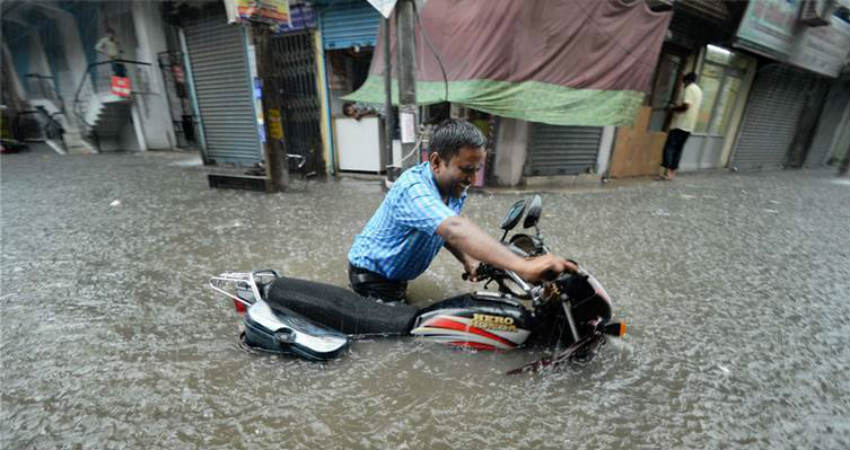 As predicted by Skymet, the intensity and spread of rain have increased in Bihar. In the last 24 hours, several places in the state have received heavy to very heavy rains. Bhagalpur received a whopping 101.9 mm of rain, while the state capital Patna received 61.6 mm of rain. Supaul too observed a good 56.3 mm of rain during the period of 24 hours.

A Low-Pressure Area over western parts of Uttar Pradesh and Bihar has intensified further into a Well-Marked Low-Pressure Area due to which we expect the weather system to gradually move in the West-Northwest direction and the Trough which was passing through this system will also start shifting Northwards. In the wake of these systems changing their positions, we expect the intensity of rain to increase further in the next 36 to 48 hours.

Few heavy to extremely heavy rains are expected in the foothills of Bihar especially in the Northern districts like West Champaran, Araria, Supaul, Sitamarhi, Madhubani, Bhagalpur, Khagaria, Purnea and Madhepur.

These torrential rains might even lead to flood-like situations in some places. The intensity of rain will also intensify over the foothills of Nepal. Almost all the rivers in this area flow via Nepal to Bihar. Therefore, a magnified effect might be witnessed back at the river basins in Bihar. Multiple rivers like Kosi, Karcha, Baghmati might swell in the process and thus, flood-like situations might develop.

Caution has been extended by Skymet against food in the area in the coming some days.