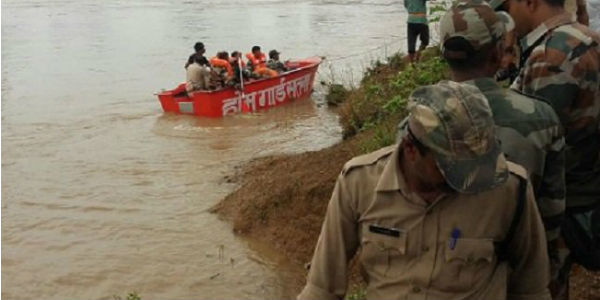 Southwest Monsoon season is synonymous with a few events of floods in different parts of the country. Floods over Northeast India, Uttar Pradesh and Bihar are associated with the Monsoon trough when it shifts to its northernmost position to the foothills.

Flooding in these areas occur when rains are witnessed in the catchment areas along with which water is also carried through rivers. Northeast India has already seen flood conditions a couple of times this season.

In fact, Uttar Pradesh has also seen flooding rains this season. Meanwhile, Nagpur in Maharashtra and Valsad also witnessed a day of heavy rains which caused waterlogging in several pockets of the country.

The central parts of the country usually see flooding rains when a system moves across these regions in the form of a cyclonic circulation, low pressure area or even a depression. Rivers also play their role in bringing in flooding conditions over central parts.

Thus, cities of Southwest Madhya Pradesh including Ratlam, Ujjain, Indore, Dhule, and Dhar are vulnerable pockets and may see flooding conditions. In fact, some parts of Vidarbha may also see heavy showers during the next 48 to 72 hours.

After this, another system is in the offing in the Bay of Bengal and is expected to follow the same track and reach the central parts of the country. The second system is expected to reach around the weekend when states of Madhya Pradesh, Maharashtra, Odisha, Chhattisgarh, Vidarbha and Telangana may see increased rainfall activities which may cause flood like conditions.