Fog free, comfortable weather ahead for Delhi NCR, AQI to get better 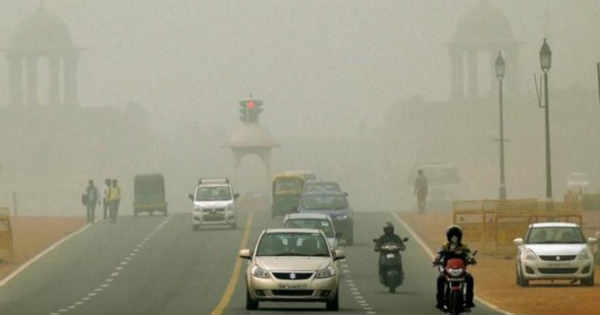 Winters started off late this year, but severe winter chill commenced around December 29, 2018 and continued till January 1, 2019. The minimums hovered around four-degree Celsius during that time, even going below at fewer occasions.

The first winter rain for this season was observed on January 5 and 6 in Delhi-NCR. The rains made a comeback after 20 long days. The best part about these rains was that the pollution levels went down. Thereafter, cold dry winds from the Northwest continued to blow over the national territory with a speed of 10-15 kmph, thus resulting in further betterment in the Air Quality Index.

As per the weathermen at Skymet Weather, these north-west winds are expected to continue for another 24 hours. Minimums may fall marginally during this time. Parallelly, an active Western Disturbance is approaching Western Himalayas. Due to this system, the wind direction from north-west will again change and would start blowing from south-east by tomorrow afternoon or evening, i.e. January 10. Minimums will increase by two to three degrees between January 11 and 13 and might even touch double digits.

If we talk about fog, then the intensity seems to have reduced since past two days. Today, at Palam Airport, the visibility recorded was 200 metres which is moderate and it didn’t have any impact on the flights as the runway visibility was good.

The upcoming Western Disturbance might give scattered rains over the plains of Punjab, Haryana as well as parts of Rajasthan. However, we don’t expect any rains over Delhi-NCR and thus weather will be dry. The sky may become partly cloudy to cloudy for a short duration and due to cloud cover the maximums might just drop marginally.

Post this Western Disturbance, minimums might drop once again on January 14 and dense fog will make a comeback over the city and can disrupt road, rail and air transport. The drop in minimums will not be significant thus, Cold Wave conditions are not making a comeback now.