Fog to intensify over parts of Uttar Pradesh 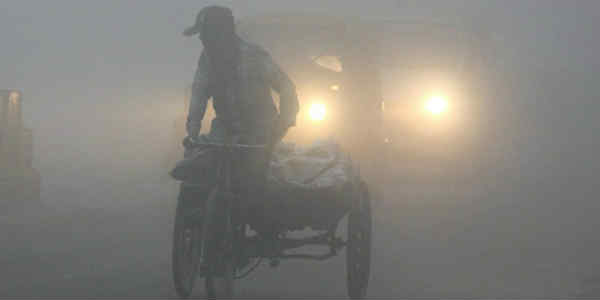 The best time to visit Uttar Pradesh is between October and March. During these months, the weather becomes chilly, yet pleasant to enjoy different customs, history and heritage that the state has to offer. The weather in Uttar Pradesh is generally extreme I.e. biting cold during winters, yet makes a perfect time for tourists to visit its different attractions.

Moreover, moderate fog along with dense over a few pockets also prevailed over the state.

At present, north-westerlies are prevailing over the entire region. In their presence, minimums have dropped over central and eastern parts of Uttar Pradesh. Moreover, many central districts of state have come under the grip of cold wave conditions for the very first time.

Meanwhile, continuously falling temperatures have also resulted in moderate fog over Kanpur, Lucknow, Rai, Bareilly and many other places.

During the next 24 hours, wind pattern will observe a slight change and we expect very light winds to prevail. This would result in a marginal increase in minimums particularly over South, Central and West of Uttar Pradesh. Further, intensity of fog will increase with chances of dense fog over some pockets as well.