Forecast of good Monsoon rains in Ajmer, Jaipur, Udaipur, Kota, Dausa and Dholpur during next 2 days 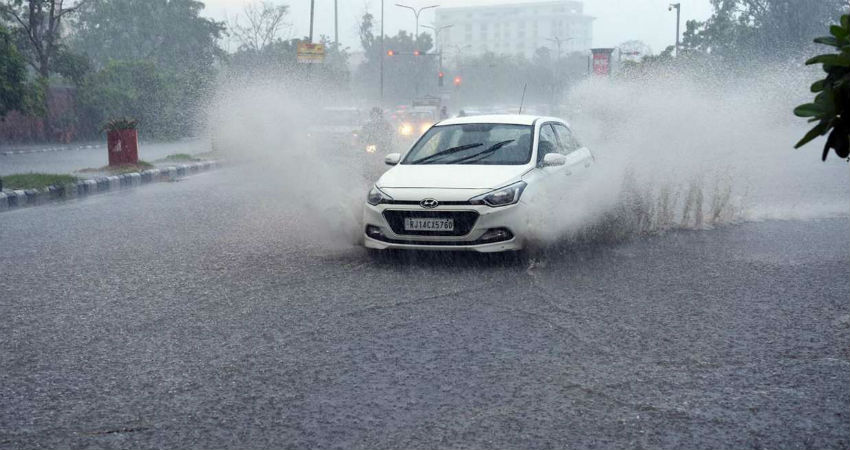 The Southwest Monsoon has further advanced into the parts of Rajasthan and thus has been lashing good rains since the last 24 hours. Heavy showers continued in Ajmer and nearby areas throughout the night. The city of lakes, Udaipur too observed good rain and thundershower activities.

According to the data available with Skymet, Ajmer has recorded 84.2 mm of rainfall, followed by Udaipur 40.2 mm, Alwar 42 mm and Sikar 28 mm of rainfall, in the last 24 hours from 8:30 am on Thursday.

The reason for ongoing good rains over Southeast Rajasthan and East Rajasthan can be attributed to the Cyclonic Circulation over Central Pakistan and adjoining West Rajasthan. Moreover, humid winds from the Arabian Sea are feeding moisture over these parts. The combined effect of these two has resulted in the formation of the convective clouds, thus leading to rains.

As the above system will persist for some more time, moderate to heavy showers will continue over Ajmer, Tonk, Kota, Karauli, Sawai Madhopur and Jaipur. Other places such as Kota, Bundi, and parts of Sikar will experience a short spell of rain and thundershower activities for the next two days.

Meanwhile, due to the northwestwards movement of a Well Marked Low-Pressure Area (currently over North Madhya Pradesh and adjoining Uttar Pradesh), heavy rains would be a sight over the places such as Jhunjhunu, Jhalwar, Dausa and Dholpur after 24 hours.

On the contrary, the western districts of the state will remain untouched by rains for at least next four to five days.

As on July 4, East Rajasthan is rain surplus by 16 %. The credit for these surplus rains goes to the different weather systems that have been forming and giving good rains for quite some time now. However, in the absence of any significant rains, the rain deficiency is high with 28% over the western parts of the state.