Depression to weaken into low, rainfall to continue 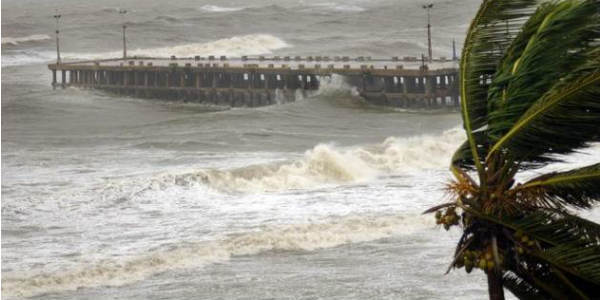 Updated on July 22, 2018: The well marked low had become a depression after a long time. In fact, the last time a depression formed in Bay was during the time of onset of Monsoon over the country. This present depression which is over West Bengal is likely to weaken into a well marked low pressure area and move westwards towards East Madhya Pradesh and adjoining areas.

After the onset of Monsoon wherein a depression was seen, a depression is expected to form after almost two months. This system is expected to give heavy rains over Odisha, Chhattisgarh, North Telangana. Thereafter, rains will also be seen over West Bengal, Jharkhand, Bihar, Uttar Pradesh, Madhya Pradesh and thereafter moving towards Rajasthan region.

Flooding rains may occur over parts of Odisha, Chhattisgarh, North Telangana during the next 24 to 48 hours.

Published on July 19, 2018: A weather system had formed in the Bay of Bengal. It had further intensified into a well marked low after moving towards the central parts of the country and finally reaching Gujarat causing hefty showers over these parts. Now, another system waits right on the heels of the old system.

A fresh low pressure area has formed over Northwest Bay of Bengal supported by a cyclonic circulation which is extending up to the mid levels.

The low pressure area has been preceded by a cyclonic circulation which was persisting over the Northwest Bay of Bengal.

Hence, unlike the last one, this system will take a northerly track due to which rains are likely over the rain deficient states of Jharkhand, West Bengal, Bihar and Uttar Pradesh after two days.