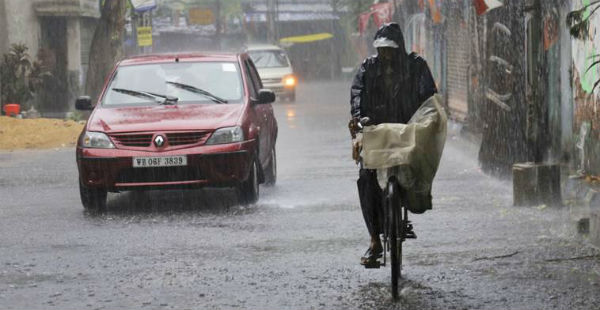 At present, an anti-cyclone is persisting over North Bay of Bengal, which is feeding Southeasterly humid winds over East India. Also, dry and cold Northwesterly winds are merging with these southeasterly winds over the area and adjoining parts of North Odisha and Jharkhand, which will enhance cloud formation and subsequent rainfall over these areas.

Also, a Confluence Zone has developed over the Eastern parts of the country, extending from Madhya Pradesh to Gangetic West Bengal. Therefore, scattered light rains have already occurred over Southern districts of West Bengal, Northern parts of Odisha and Chhattisgarh. Now, we expect these on and off rain and thunderstorm activities with isolated hailstorm and lightning strikes to continue with an even more intensity. The intensity will be more over Southern districts of the states. These rain activities are expected to continue for at least another 3 days up to March 18. On March 17 and 18, we expect a few moderate spells with isolated heavy rain and thundershower.

As the pre-monsoon season famous for Kal Baisakhi, or Nor’westers, has already commenced, we expect that on March 17 or 18, Gangetic West Bengal, Odisha and Chhatissgarh will witness squally winds and lightning strikes at many places.

At present West Bengal is rain deficient but by the end of this rain episode we expect the rain deficiency of this state to improve by some extent.

By March 19, the confluence zone, will fade away and weather will start clearing up. The day temperatures will fall by 3 to 4 degree Celsius over many parts.