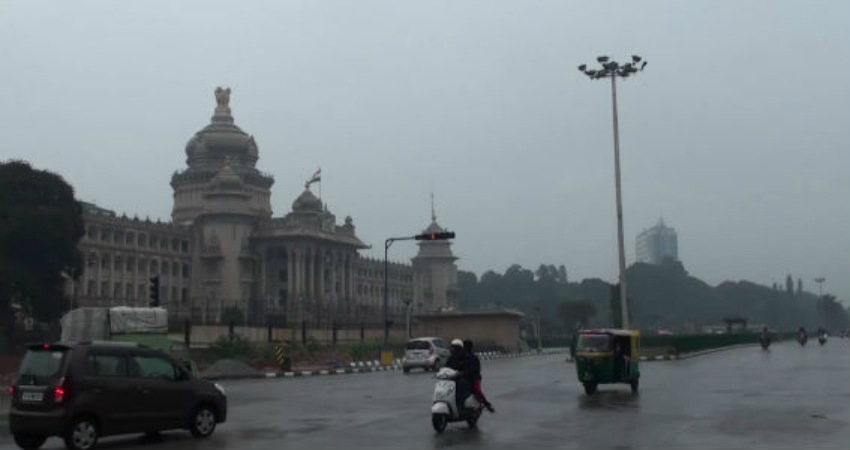 Since the beginning of the month of October, the city of Bengaluru has been witnessing traces of rains with dry weather days being just a couple. In fact, in the last 24 hours also, the city witnessed moderate spells of rains resulting in 8 mm of rainfall being recorded at the Observatory.

In fact, even now, parts of the city are witnessing some rainfall activity. Rains in Bengaluru are expected to continue today as well as tomorrow, with the intensity of showers being moderate in nature over many parts of the city. Thereafter, rainfall activity will reduce over the city of Bengaluru as the well marked Low Pressure Area is expected to move northwestward.

However, on and off rainfall activity will be seen over the city of Bengaluru after 48 hours as well. With this weather condition over the state, weather is expected to remain pleasant with the maximum temperatures ranging in the late 20s while the minimum temperatures are expected to settle in the early 20s, between 20 and 22 degrees Celsius.